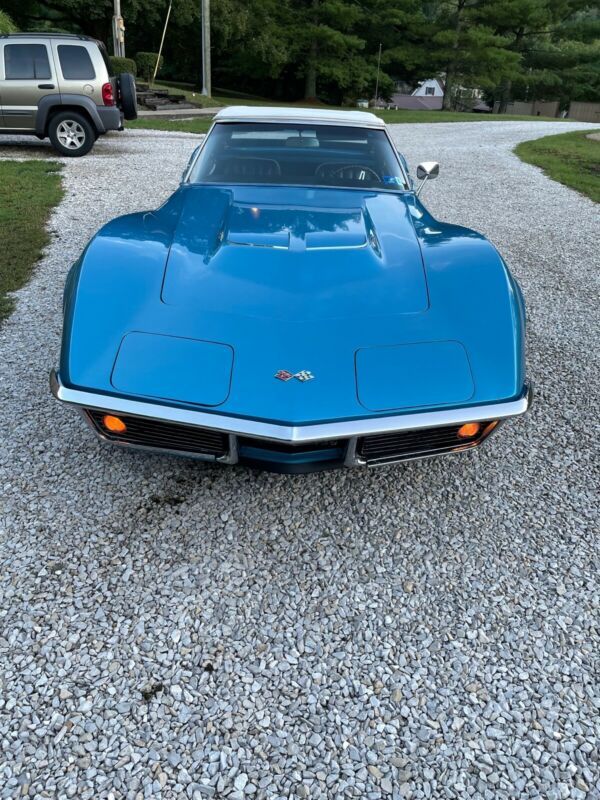 This car is a highly optioned 1968 435 hp corvette convertible. It is finished in LeMans blue with a white
convertible top. The interior is the original black vinyl interior and it’s in great condition . Some of options
include PS, PB, 4- speed transmission and electric windows. The engine numbers are all correct including the
casting numbers and casting dates of the engine block, cylinder heads , intake , carburetors and alternator. This
car is documented with the shippers data sheet and old titles. It only has 42k original miles and it has new
redline reproduction radials and it’s original redline spare.

A very authentic and cool 1968 427/435 corvette, with original matching numbers engine and 4 speed transmission .
Been in storage for 18 of the last 20 years. Some recent mild freshening up has done to make this an enjoyable car
to drive again. This is an early built 1968 corvette with all its original and matching numbers. The engine build
date was September 13, 1967 and the car assembly date was October 13. 1967. The door panels and carpet are the
originals. There is some wear on the passenger side carpet, but still shows very well.