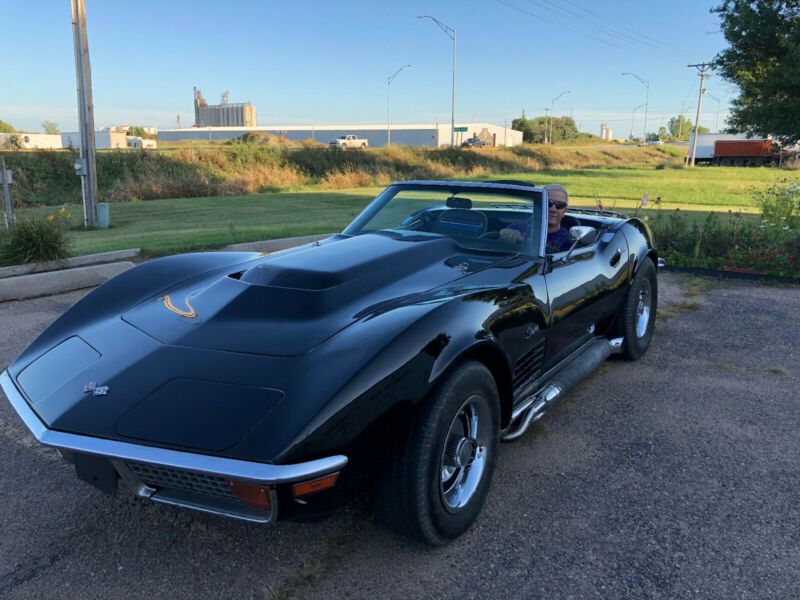 The car has been a real pleasure to drive. It looks very
nice and drives even better. The clutch is smooth and tranny shifts perfect. I have never driven in rain or snow.
Always garaged with cover. Comes with the cover. All the road handling of a small block, with the power and
torque of a big block!
The frame work all is in great shape with no rust to speak of anywhere, Not even any surface rust. The body and
paint are in very good shape. Not quite show quality, but very nice at a couple of feet away. No major cracks or
chips to speak of. I will list a link below so you can see a walk-around video of the car. The pictures pretty
much tell the tale. The interior is in great shape. The carpet is nice condition as well. It does include carpet
floor mats. This is flat out a drivers car!

The list of things it doesn't have are AC, No heater(hoses not hooked up to firewall), no vacuum being used other
then the power brakes. The wipers are now hidden under the hood. The headlights are electrically actuated. No
spare tire or jack, but does include the composite/fiberglass spare tire compartment. The car performs very well,
Below is a list to the best of my knowledge of items replaced/changed since the new Dakota Gauges were installed
11,500 miles ago.
Dakota Gauges
Goodyear Eagle II tires Front P 235/60R15 Rear P 275/60R15
Rear trailing arm bushings
Rear Composite Mono spring and bushings
383 sbc stroker with Edelbrock intake, carb, Aluminum heads, roller cam,
Heavy duty clutch
Hooker Headers/side pipes
Tremec 5 speed Manual 70mph @ 2000 rpm
Black Convertible Top
Electrically Actuated Headlights
Leather seats with a blue colored insert on seats and door panels
Main battery disconnect in cockpit between seats
Heavy duty front sway bar
Master cylinder
Comes with original owners manual and a 1972 Corvette Spec Manual