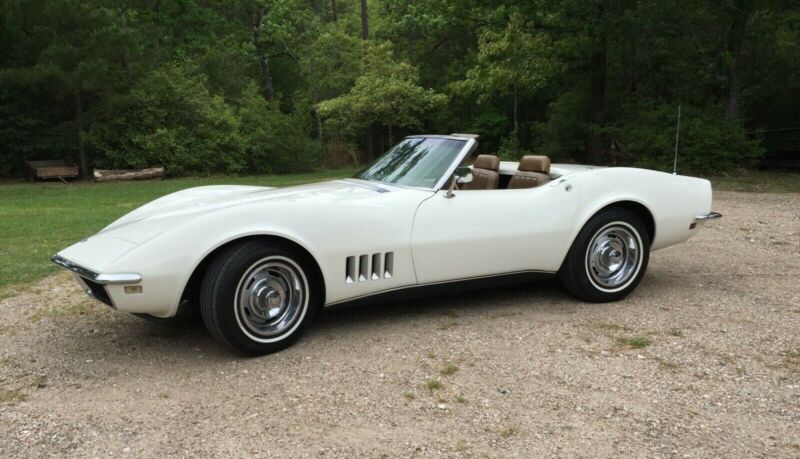 420 interior…001 paint code… plus it came off the line on Jan 2, 1968. This high
optioned COPO Corvette was Special Ordered from Brown & Hoeye Chevrolet, Mesa Arizona in late 1967 and came off
the production line on January 2, 1968. This very rare 1968 Corvette was the only corvette out of 28,566 built that
was delivered to the original owner in Unknown Special Paint or Primer with the paint code of 001. This COPO was
never intended to remain in primer and is now a beautiful white exterior with saddle interior. Saddle interior was
not a color option listed for 1968 corvette interiors also adding to this cars rarity. Additional options included
are four season air-conditioning, headrests, shoulder harness restraints, power steering, four wheel disc brakes,
telescopic steering wheel and fm/am stereo. This is an original numbers matching 327 L79 350 hp motor with the
original 4 speed muncie transmission. The drive train and the interior are mostly untouched and all original to the
car. Also included with the sale of this classic is the optional hard top painted in the matching color with
matching interior. The hard top has only been on the car for transporting so there are no marks on the top deck.
The tank sticker is still on the fuel tank to verify all original options so you know you are getting the real
deal.