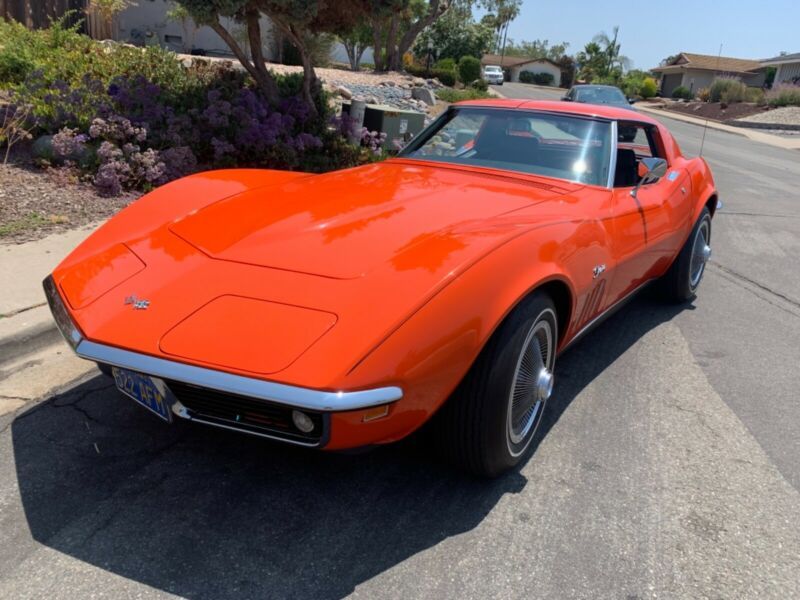 The originality of this T-top coupe goes way beyond the usual engine/transmission "numbers matching" criteria. It extends down to the individual part and component level, where it is believed that everything from the carburetor to the brake master cylinder to even the mufflers is absolutely
correct from a factory part number, casting number and date-code perspective.

There's a lot more to this Corvette than just originality. This is still a very fun car to drive, and everything
works, including the A/C, so you can drive to the next show in comfort. Once there, you can marvel at all the
documentation still with the car, including the Protect-O-Plate, Warranty Card, tank sticker and more. Heck, even
the vintage, still-valid CA blue plates are still with the car!