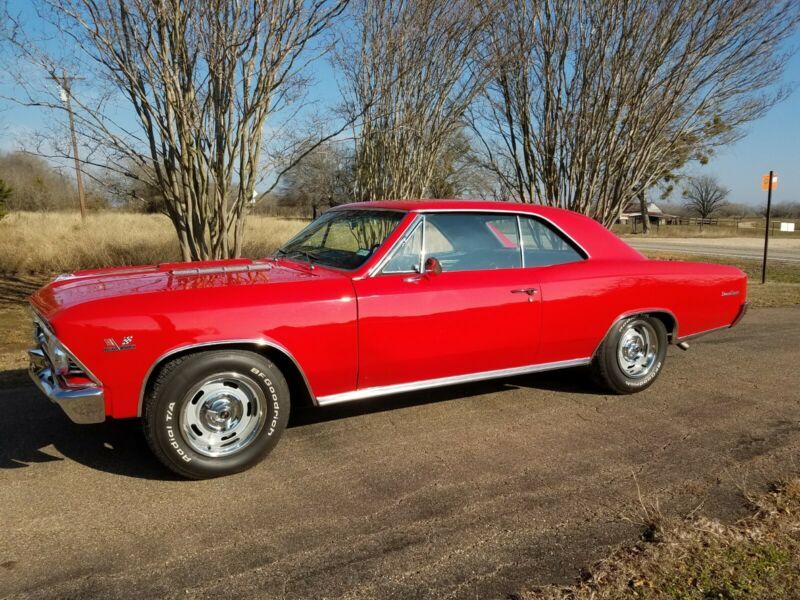 This an exceptional, true 138 VIN Chevelle SS. It is equipped with the correct (not numbers matching) L78 375 HP
396 and 4 speed transmission that the car would have came with originally.There were less than 3,100 Chevelles in
'66 that came with the L78 375 HP option. The car received a complete frame off restoration in 2012 and has been
driven less than 3K miles. It was upgraded with electronic ignition, disc brakes and 15" wheels at that time. The
interior is new including seat covers, door panels, headliner and carpet. The motor, transmission and rear end were
rebuilt as well. The paint on this car is extremely nice and has been cut and buffed to a mirror like shine.