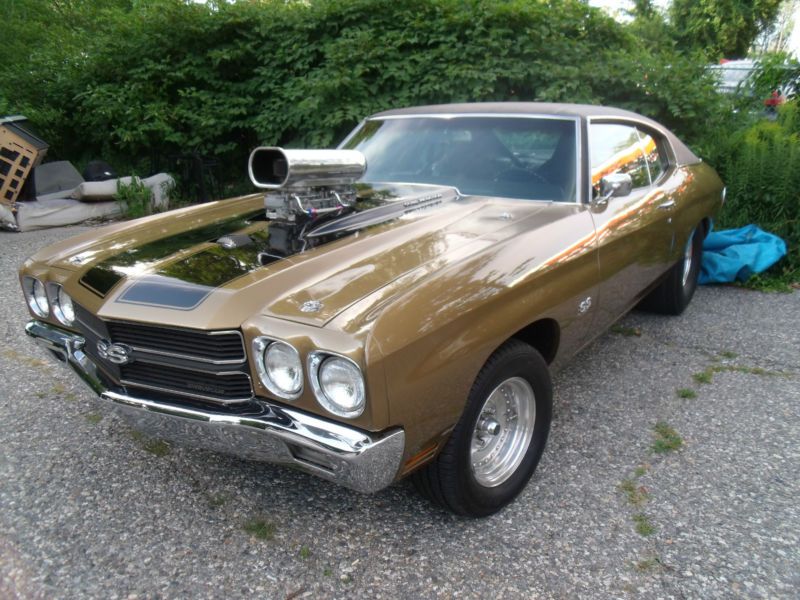 This car has had the same owner the last 10yrs and has been garaged. very sharp looking with little flaws, few dime
size bubbles on drivers rocker , few stress cracks about an inch near where the hole for the blower was made in the
fiber glass hood. drive train is a 454 bored 30 over , has a 671 blower with dual quads,also has NOS not that it
needs it ! turbo 400 tranny with 3000 stall converter and shift kit, narrowed 9 inch ford rear end with 410 gears.
interior has a full roll cage with a complete interior ! cars got original 86542 miles on the body and under 10k on
compete drive train. engine bay is clean and neat as seen in the pics, cars real straight for the age of the car
with a repaint about 8yrs ago, solid floors, frame etc . theres not a head that dont turn when they hear this
rolling down the street.