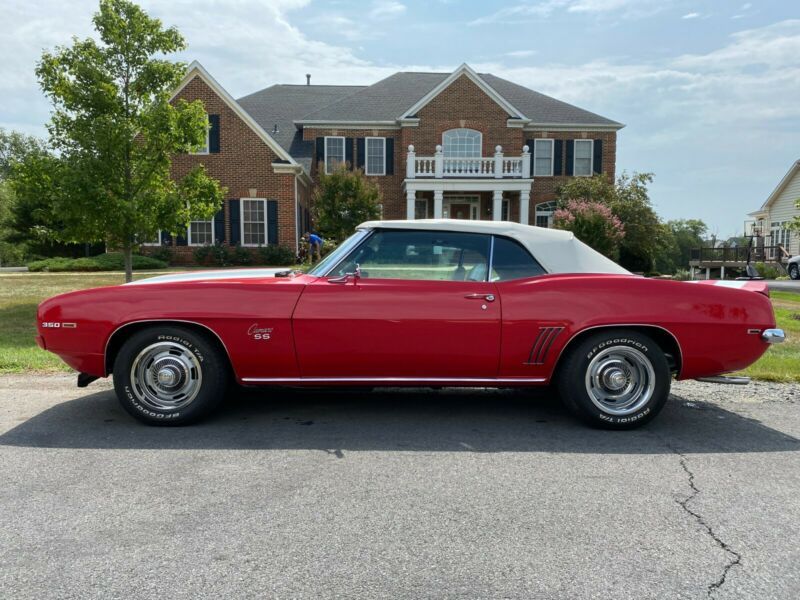 A natural born SS, with RS package added, she sports hideaway headlights and the full trim package that goes with it.

With a rebuilt 3-speed automatic, the dual exhaust helps to displace the thrust from 350 horses under the cowl
induction hood. You'll also find all the correctly placed inspection stamps under her hood.

The white power convertible top crowns the red paint nicely, with matching wide white SS stripes on the hood and
trunk lid. She's finished off with Rally pin-striping in all the right places, an Enduro front bumper, and a rear
deck spoiler.

The trunk is no less impressive with a reproduction hound's-tooth mat, and a full-size spare tire and jack set.

She sits atop authentic rally wheels with center derby caps, and front disc brakes. She runs great and sounds
great, and she'll chirp her tires out of the starting gate, as she hauls butt down the road.

Best of all, she's an originally air-conditioned convertible, a rare find indeed!