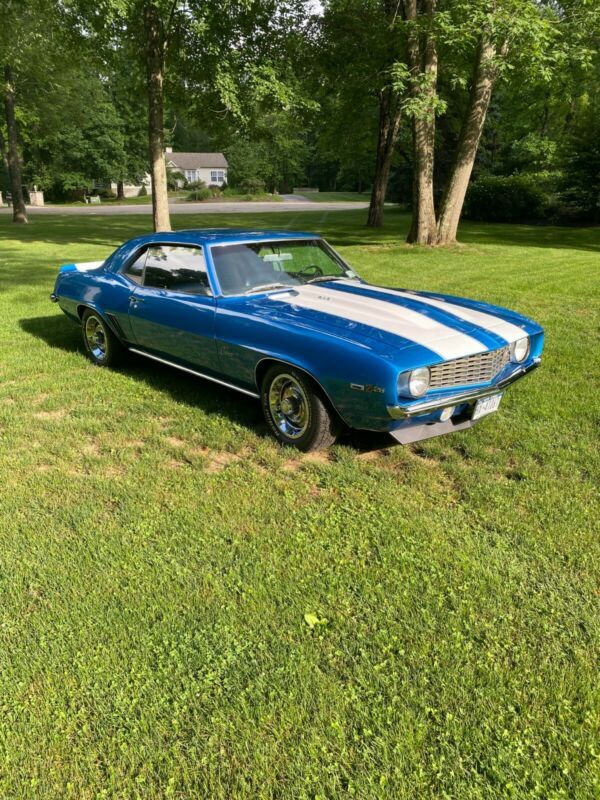 1969 Chevrolet Camaro Z28 "X77" code car. 4 speed Manual with hurst shifter. Car is in very good
condition. Does not have original motor but has a period correct small block. The transmission is correct type for
car.DZ carb. Slight imperfections in paint on qtrs. It appears to be some dust spots from when it was painted