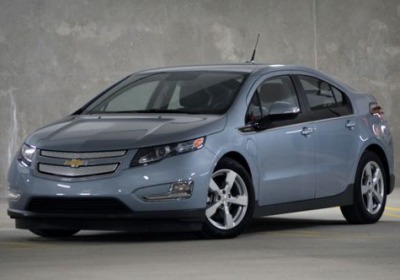 As we continue to put together all the data for the year-end edition of By The Numbers, General Motors has announced that it sold more than a million vehicles in the US last year that achieved at least 30 miles per gallon on the highway. More impressively, GM managed this feat using multiple strategies including small vehicle size, turbocharged engines and hybrid or plug-in technologies across four brands (Buick, Cadillac, Chevrolet and GMC) accounting for 13 separate models. This number will grow even more in 2013 thanks to cars like the all-electric Spark, the diesel Cruze, the range-extended Cadillac ELR and the Buick Encore compact CUV.

GM's small car sales were up 39 percent last year helping to attain this million-sales mark for 30-mpg models, and almost 40 percent of all GM sales consisted of cars with fuel-efficient I4 engines. In regards to more advanced means of improving fuel economy, GM says that it plans on having 500,000 vehicles with "some form of electrification" on the road by 2017.

Scroll down for the full list of GM's million 30+ mpg cars as well as an informative press release.

The list of GM's million 30+ mpg cars is composed of:

DETROIT – General Motors is the first U.S. automaker to sell more than 1 million vehicles in its home market in a single year that get an EPA-estimated 30 mpg or better on the highway test cycle.

"Our investments in advanced powertrains are clearly paying off, and our smaller vehicles are resonating with customers," said Mark Reuss, president of GM North America. "In 2013, we'll introduce new diesel, eAssist and plug-in vehicles in the United States and expand the availability of turbocharged four-cylinder engines.

"This will give us the most technologically diverse range of fuel-efficient cars and crossovers in the industry."

The launch of the Spark EV will make GM the first company to build a complete electric motor and drive unit for a modern electric vehicle in the United States. By 2017, GM will have up to 500,000 vehicles on the road with some form of electrification, with a focus on plug-in technology.

General Motors Co. (NYSE:GM, TSX: GMM) and its partners produce vehicles in 30 countries, and the company has leadership positions in the world's largest and fastest-growing automotive markets. GM's brands include Chevrolet and Cadillac, as well as Baojun, Buick, GMC, Holden, Jiefang, Opel, Vauxhall and Wuling. More information on the company and its subsidiaries, including OnStar, a global leader in vehicle safety, security and information services, can be found at http://www.gm.com.