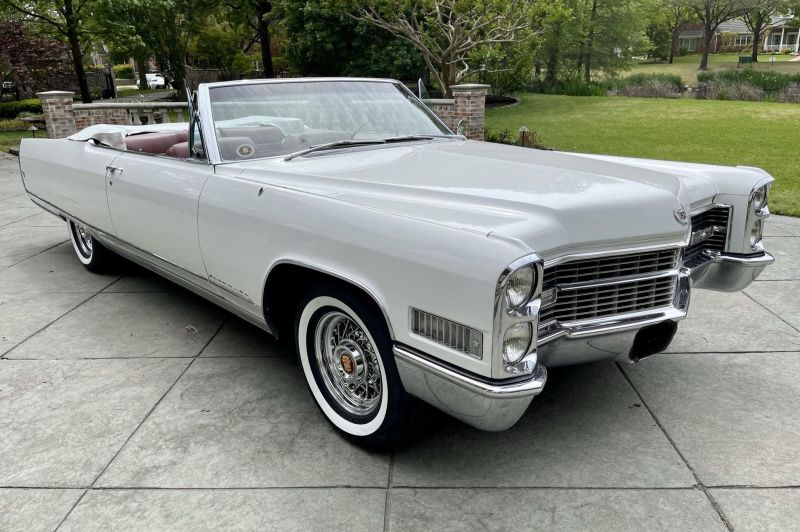 Any questions at : reinachdruella@yahoo.com Ready for the sale, 1966 Cadillac Eldorado convertible is finished in white over red leather and powered by a 429ci V8 paired with a three-speed automatic transmission. Additional features include a white soft top with a matching boot, aftermarket15' wire wheels, Twilight Sentinel headlight control, power accessories,cruise control, automatic climate control, and an adjustable steering column.