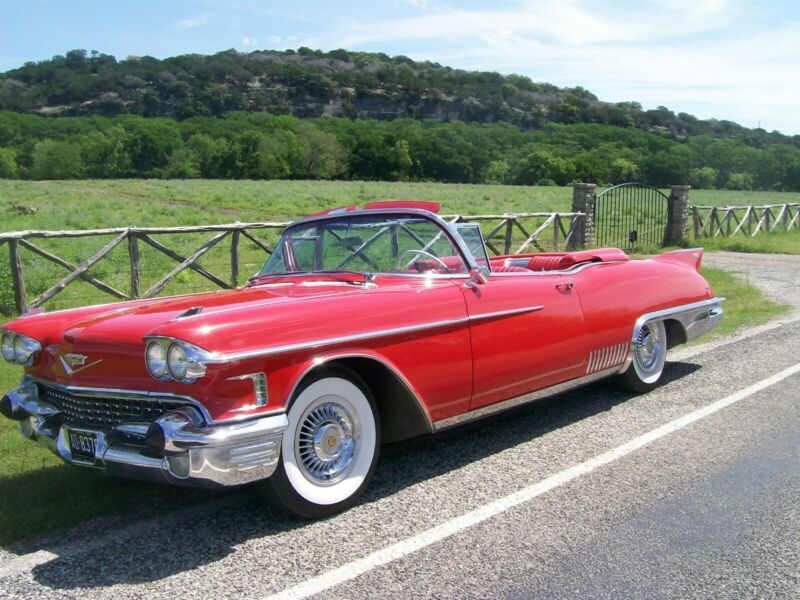 this car is among the top shelf of cars that was ever made by Cadillac, with just a mere 815 being built it would
be rare to see one at your local show, the body number on this one is 34 and these are rare since there was a very
low production in 1958 only second to the first year eldos produced in 1953 with a little over 500 being built.

this car in particular was bought new by Joan Smirnoff of the famous vodka family and has had ony one other known
owner other than myself and is showing only 49,000 miles which I do believe to be original mileage .

it has a 365 and it has the factory tri power with correct tagged and coded carbs along with the ultra rare one
year only air cleaner.

the engine has never been into but runs super nice with all services regularly performed, I did have the hydramatic
four speed rebuilt at the time I bought the car and it shifts smooth and effortlessly.