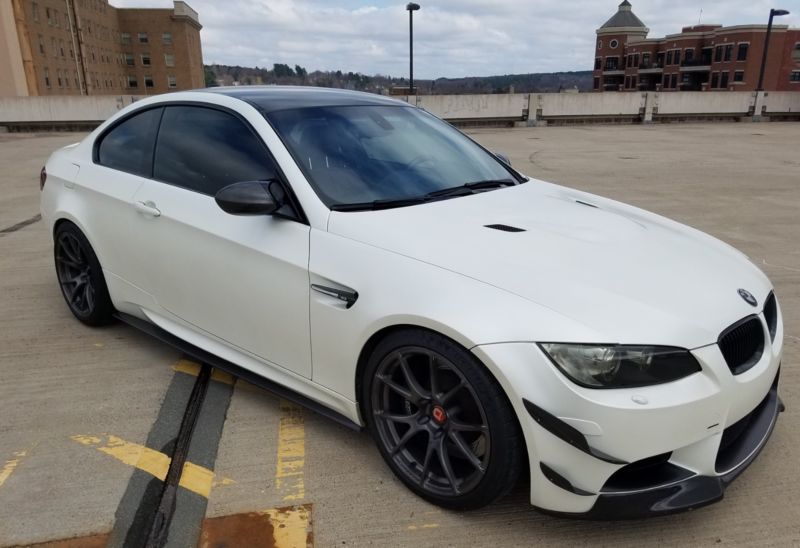 For sale is my 2011 m3, I am asking $40,000 i am not looking for trades. The car has been well taken care of. it is
very hard to describe how amazing this car not only looks but performs. The car has a long list up upgrades and
maintenance recently done. It is extremely well sort and will give the new owner no issue while performing like a
supercar. I'll start with the options from bmw. 2011 bmw E92 m3 ZCP (competition package) which includes the EDC
dampeners and mdm mode. The car is also a DCT. Exterior: The cars original color is arctic white. The
car recently had a full vinyl wrap done in 3m satin white. The wrap looks amazing and always turns head. It is very
hard to describe unless you see it in person. The car has a full set of cf accessories including front and rear
lips, side skirts, and trunk. The car when I purchased it did have a vrs euro spec 1430mm one piece carbon fiber
spoiler. I have removed the spoiler but it can be included with the car. One of my favorite features is the Klassen
m52 forged wheels. These wheels look amazing but are also some of the lightest you can find. They are wrapped pilot
super sports which have less than 1000 miles on them.