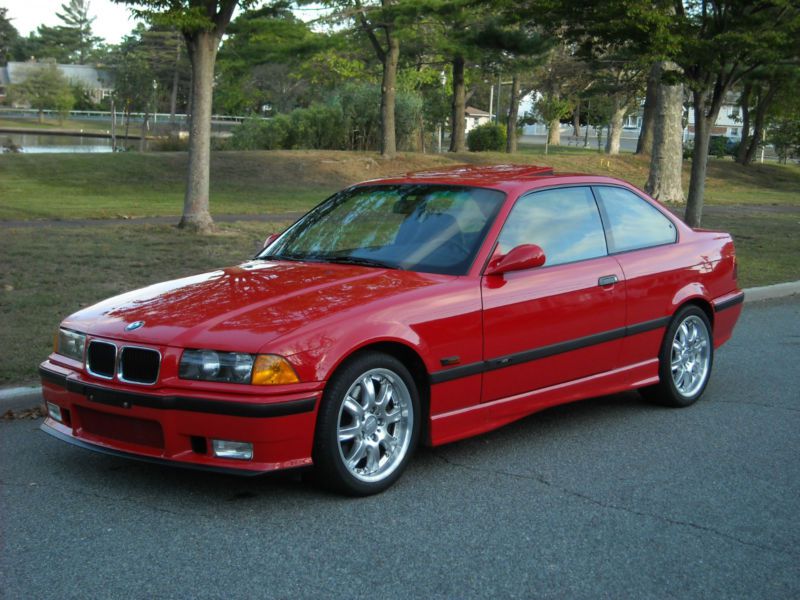 1995 BMW M3 Coupe, Mugello Red with Black interior, 13,175 miles, 5 speed manual gearbox. Factory sport package car
with all 3 available options for 1995 - heated seats, sunroof and cruise control. This is a first rate, investment
grade example of a 1995 M3 coupe that will fit well in a collection. Contributing to the condition is the fact of
it was always loved and meticulously cared for by it's original adult owner. Garaged since new, perfect original
paint with all documentation and records for service work done. Break in procedure stickers are still on the front
windshield Oil changes, brake fluid, coolant and differential fluid replaced multiple times trough the years. Metal
impeller water pump installed as preventive maintenance.