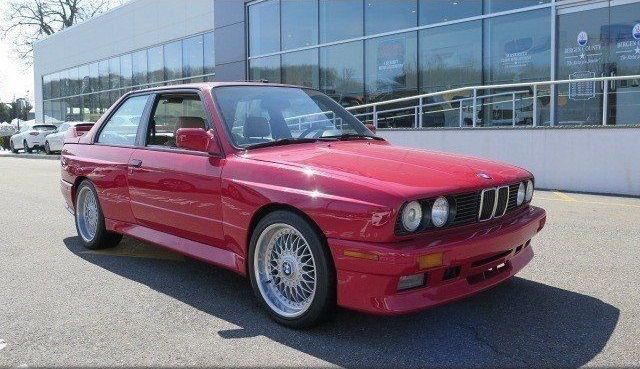 Just email me at: tinishatggronewald@turbonutter.com .

Rare classic. Gently used. Low miles mean barely the talk of the town when you roll down the street in this handsome 1988 BMW M3. This car is nicely equipped with features such as Rare classic. It has only been gently used and has VERY low miles. They don't come much fresher than this!

Anyone that's spent some time behind the wheel of the Alpina B7 probably knows enough to understand what Americans are missing with this, newly launched Alpina B3 Bi-Turbo. We've got no lack of M models to choose from, it's true, but the Alpina touch offers a completely different driving character, with almost as much performance. A pity then that Alpina has no plans that we've heard of to bring this one across the pond.
Filling the gap between the current 3 Series offerings and the outgoing M3 (we're not likely to even see the new M3 and M4 until September's Frankfurt show, nor be able to buy one until after that), the B3 Bi-Turbo brings serious performance to the F30 3er. As the name indicates, two turbochargers are used to force-feed BMW's 3.0-liter inline-six engine, for a total output of 410 horsepower and 442 pound-feet of torque. That power offers a big jump from even the BMW 335i sedan, and will push the B3 to 62 miles per hour in just 4.2 seconds and on to a top speed of 190 miles per hour. Alpina's own sport suspension underpins the thing, while the power is modulated by way of a eight-speed automatic transmission.
The new B3 will be easily recognizable thanks to its "Classic" 20-inch, 20-spoke Alpina wheels, and a rather subtle, aero-enhancing body kit. No pricing has yet been announced, but you will find a host of additional information in the attached Alpina press release below.