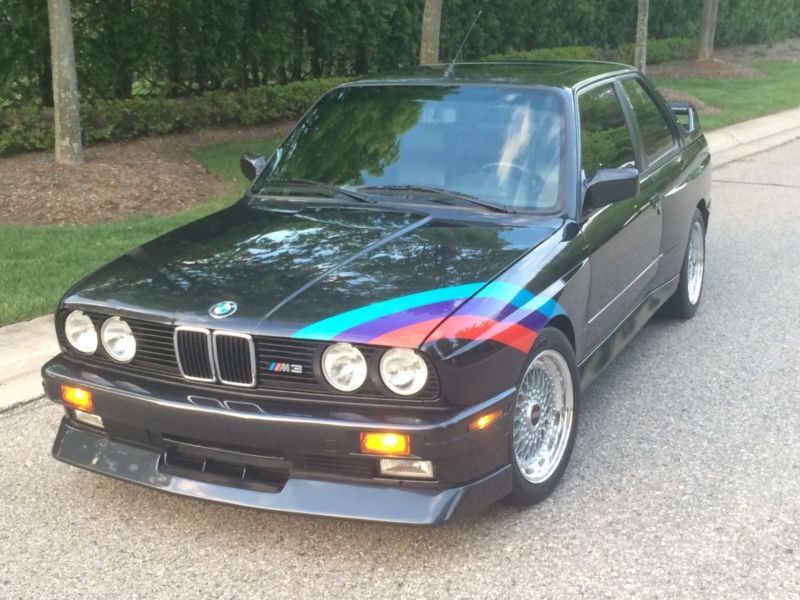 1990 BMW ///M3
Here is your opportunity to own one BMW's most iconic models ever made.
This car appears to be as new... the paint shines like new, car rides like new, seats look like new, with perfect
side bolsters, but most important....drives and stops like new.
Always enthusiast owned, this car has been maintained beyond belief. Knowing the last owner, this M3 has been (and
currently) serviced and maintained by a well known BMW Specialist in southeastern Michigan.
Car is factory stock with the additions of period correct BBS RA 16" polished wheels (MINT) with brand new Dunlops,
Professionally Painted BMW Motorsport Stripes (with clear coat, so no rough edges), Front EVO chin spoiler, rear
EVO adjustable rear lip spoiler, Borla Muffler and a slight tint to all the glass except the windshield.
Car currently has 49,200 care-free miles (not 80K, not 100K, not 125k miles) and may be one of the lowest mileage