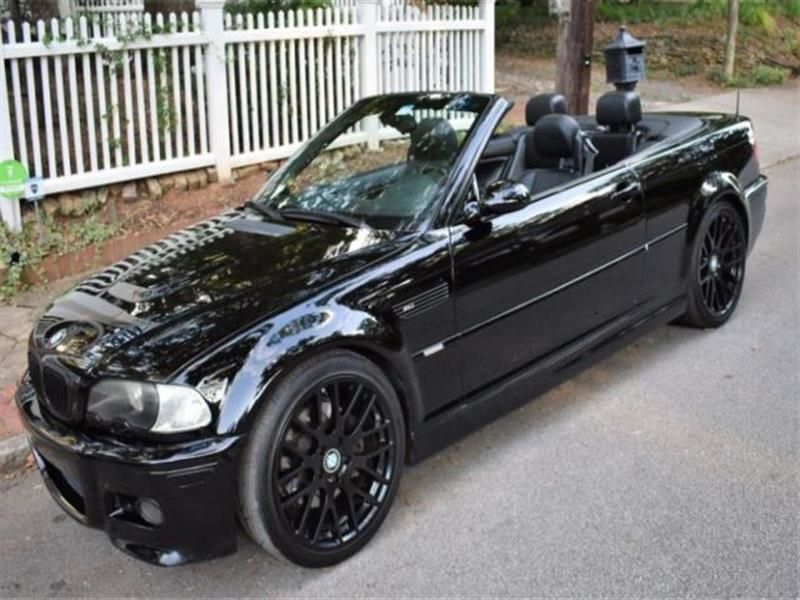 eMail me for more details : annefryeelxw@atheist.com 2001 BMW M3 (E46) convertible, black on black in and out (custom black grillsand wheels, black leather seats). I LOVE LOVE this car and baby it but we have anew baby in the house and although it fits a baby seat just fine (has the metalclips), it's too difficult to get him in and out and time to get a minivanor SUV. Drives like a dream. All major scheduled maintenance done (Inspection Iand Inspection IIs.... the most recent Inspection II, scheduled for 120k done @127,384 on 1/10/215 @ Solo Motorsports in Norcross, GA). I have records for, Ibelieve, everything since I purchased in 2010 and also have the dealer pulledrecords what was in the system from when it was new until I bought it. Pristinecondition other than the leather on driver seat which is worn in places andcoming unstitched in others plus the passenger leathers is wearing where you getin and out but is still intact. See pics. No cracks or scratches in doors, dash,and overall interior otherwise. Electric seat controls, both seat heaters workwell and fast, cassette, CD changer in trunk (I've never used and the DICESilverline audio adapter uses the CD input to play through iPhone) Newconvertible top as of 2011. I baby this car. Wash and wax regularly. Just had afull detail with clay bar conditioning done this week as you can see from thephotos. Also condition leathers regularly. New battery as of ~6 mos ago. Alwayscranks like a dream even after sitting for a week. Replaced several inside,center console parts with OEM in the past year (ashtray door, shifter boot,brake boot and console, rear ashtray and sliding door). Custom mods: BeyernSpartan 19" matte black wheels (!$1500 value) I believe I can add in theoriginal wheels but it's not guaranteed. Touch base if this is a deal makerfor you (but the current wheels are WAY nicer.)Matte black front and sidegrillsUUC Ultimate Short ShifterTop