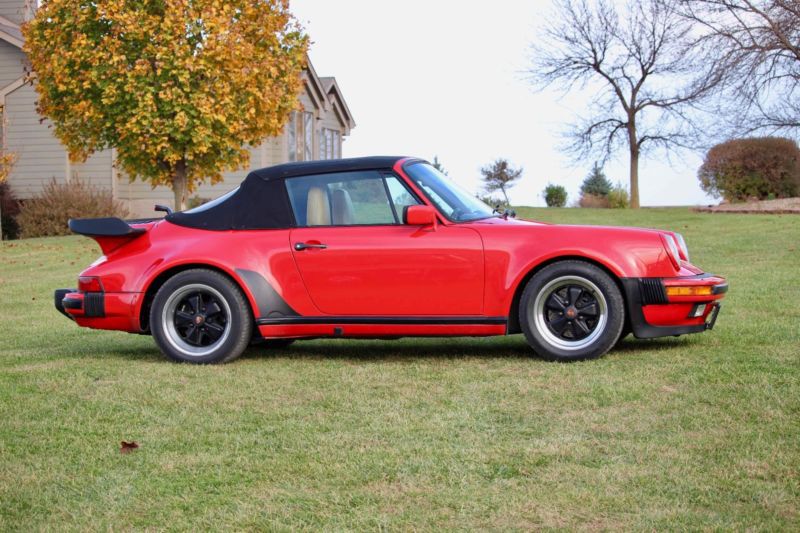 1986 Porsche 911 Turbo Look Cabriolet
VIN WP0EB0918GS170696
Miles 50,565
Color Guards Red
Interior Champagne /Black Special Leather
Factory Turbo look car with Turbo brakes and suspension
Options Shortened Shift Lever Travel
Full power seat right
Cruise control
Tonneau Cover
Central locking system
This rare original factory turbo look cabriolet is in excellent original condition with only 50,565 miles from new.
The car is in un-altered factory condition with the exception of a aftermarket stereo receiver and a stainless
steel muffler. It is a rust free, no accident car that is ready to be enjoyed. The guards red turbo body is an Icon
of the 1980s and probably the vehicle most recognized as a PORSCHE.
All systems of the car are in good working order. The car presents well and has no issues. All systems work well
and the A/C blows cold. At a recent service engine oil and transmission fluid replaced, alternator rebuilt, brake
system flushed and bled, A/C system serviced, valves adjusted and valve covers resealed.