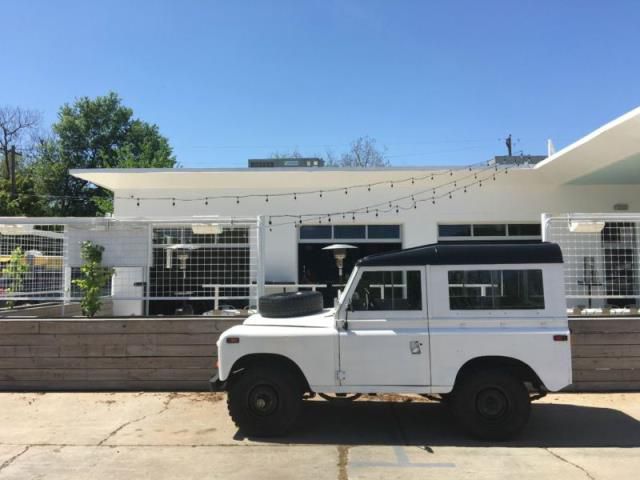 1973 Land Rover Series III, with 90,678 actual miles, which has been lovingly maintained. Very nice condition throughout, one repaint from the original blue to a very attractive Matte White. Nice black upholstery, and mechanically sound throughout. 40 Horsepower 4 cylinder motor runs strong (not Fast, but Strong), and all the 4WD system works as it should. Tracks, stops and steers very well, and sits on new tires. The electrical system is all new, and the gas tank, carburetor, fuel pump, and fuel lines are all new as well. Underside has been coated, and is very clean. Frame and rails are straight and solid. Hood-mounted Spare completes the look: Safari-ready. This is the original SUV, very collectable, and perfect for work or play, or to promote your business.
If you have any questions or concerns please feel free to contact me : dickieg2jcoen@netzero.com