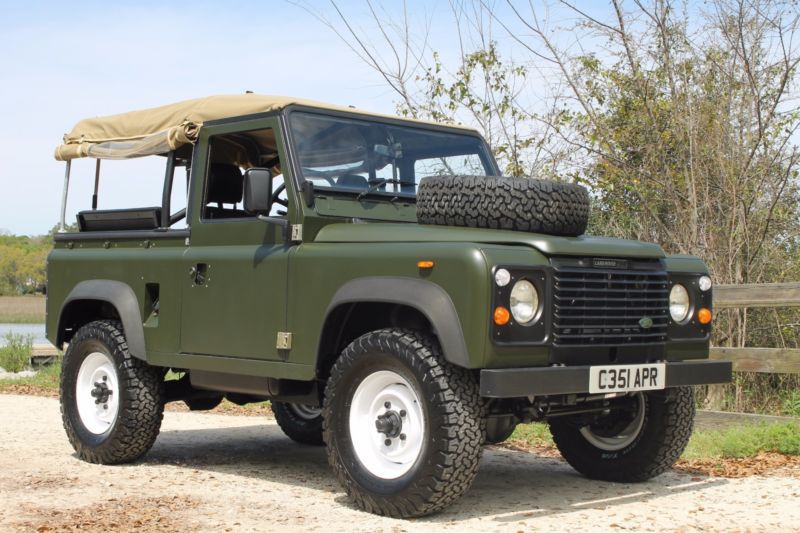 If you have any questions or would like to view the car in person please email me at: nilsanqquintanilla@antieuro.com .

Excellent 1986 Land Rover Defender 90!
The undercarriage was stripped and freshly undercoated. It has been outfitted with new replacement seats front and rear, all 5 wheels have been sandblasted/painted and 5 New BFG All Terrain KM2's were installed along with galvanized shock towers, 4 new Brit Part shocks, and a New Canvas Soft Top!

This Defender drives flawlessly and Does have modern conveniences such as Power Disc Brakes up front and Power Steering. All gauges and lights work exactly as they should. Everything for that matter is in excellent working order. All fluids have been checked and changed as necessary.