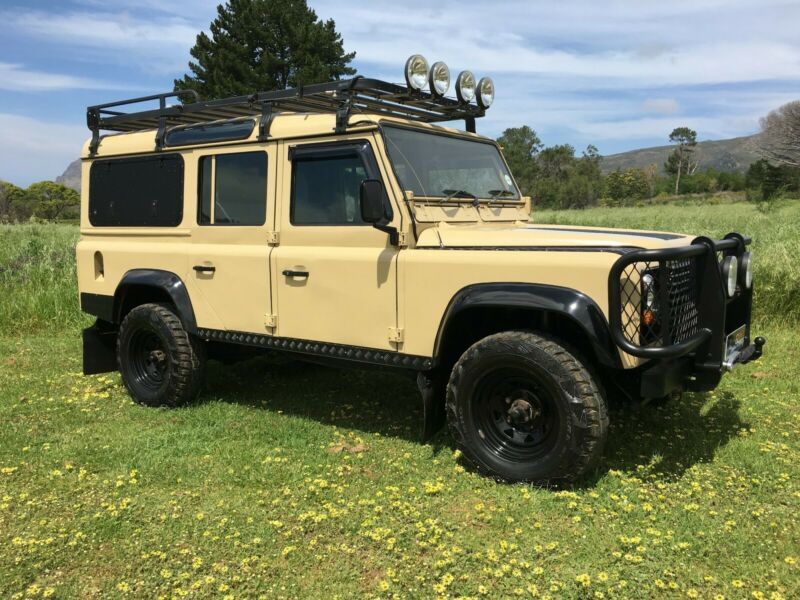 1990 Land Lover Defender 110 3.5 V8 with AIRCONDITIONING that kept up with Charleson, SC heat and humidity very
well. Originally imported from the South African upcountry, equivalent to an Arizona vehicle – no rust and has
never seen winter. There are also little bonuses like the integrated axillary fuel tank and 40L water tank.

This Defender is mechanically excellent and has had a full
service. Drives very well and the 3.5l V8 has lots of power. Vehicle has only done just over 211,000Km or 129,000
miles. Interior is still original with well looked after seats that are covered with Escape Gear seat covers to
protect the originality of them. The Carpets are also Original that has just been cleaned.