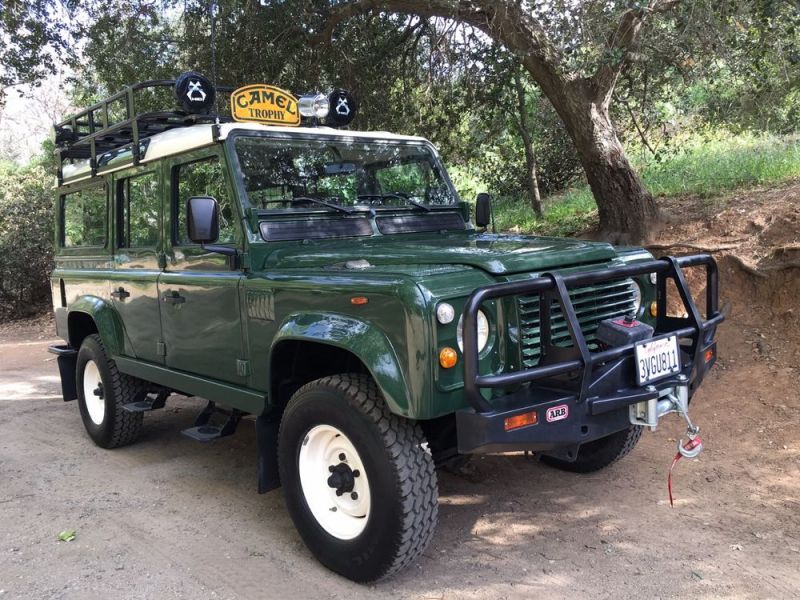 If you have more questions or want more details please email : hildahdditta@blackburnfans.com .

**ATTENTION THIS IS A 1989 LAND ROVER DEFENDER 110**
Excellent condition inside and out.
This rare original Defender has had regular maintenance kept up on it and always stored in a temperature controlled indoor storage facility. There is no rust on this vehicle. Completely original other than removable items, including is a roof rack, floodlight, winch and cable, grill guard, and a unique "Camel Trophy" signage. This vehicle is titled in CA state and can pass CA emissions.
If you are looking to acquire a collectable and rare Land Rover Defender, look no further than here.