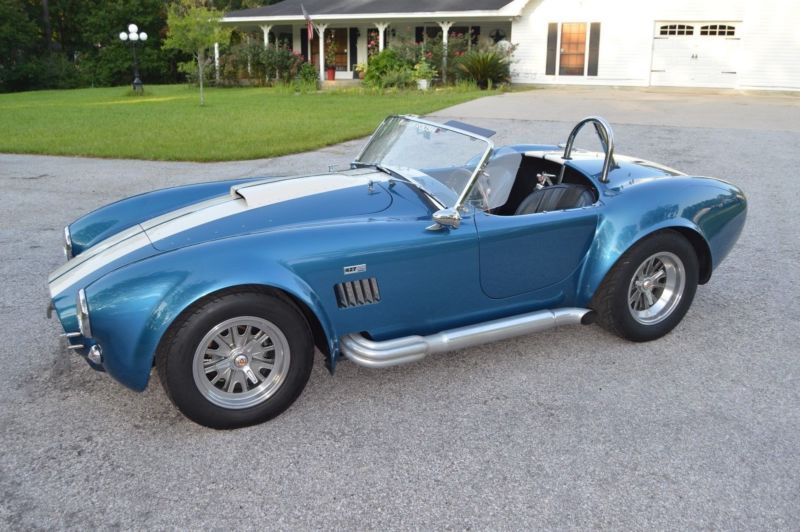 2004 Superformance MKIII Galaxy blue/ Wimbledon white stripes. Chassis #1979. This car was built by Olthoff Racing
in 2004. It had the first 8 stack injected 402 Roush made. A deal was made with the owner by Roush: Roush gets to
keep the car to show at PRI and SEMA, the owner gets the 402 bored to a 427. This is why the original engine badge
still says 402. The engine was shipped with Accel DFI engine management; it has since been upgraded to FAST XFI
2.0.