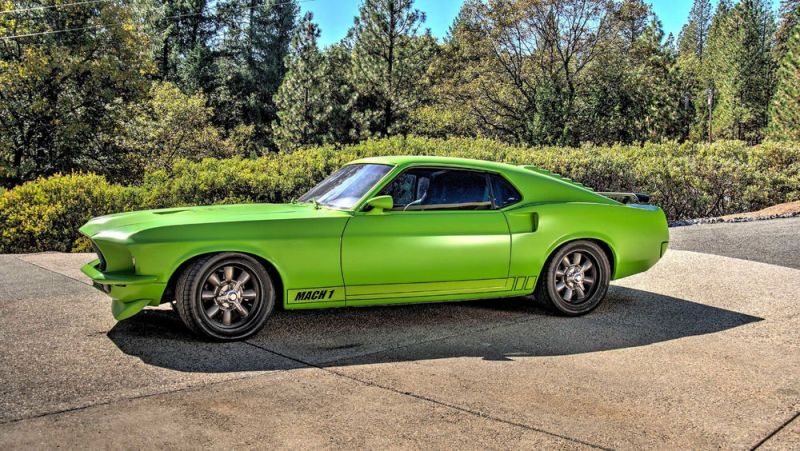 ANY QUESTIONS JUST EMAIL ME: crystal.brazee@offensivelytolerant.com .

1969 Ford Mustang SUBLIME 69 MACH 1 351-Series - Mustang 360 This!
Ford Mustang Numbers Matching (DHC) 351 Series Vector Design
Dark Horse Customs is known around the world for its unique style transforming 69 Mustangs
Fastbacks and Mach 1's. This numbers matching, no rust, rail up, complete restoration 69 Mustang
Mach 1 that drives like a brand new car, as the improved aftermarket parts, latest innovations and
technical advancements enable us to overcome many of the operating and performance problems
that these cars had in 69. Every bushing, clip, belt and hose is brand new and installed by our certified
mechanical team. This vehicle has been coddled from start to finish. From the paint to the engine, to
the suspension and interior, this ride is a one of a kind, muscle car dream come true. Lots of power, great
handling, our famous Means Streets posture and loads of attitude are all part of the package with this
ultra dependable, auto show winner that draws a crowd. This Mach 1 has all the DHC nuances you would
expect and more. Extensions panels morphed into the car, no door handles, tucked bumpers, custom DHC
inverted hood scoops, shaved side scoops complete with hidden door poppers a deluxe carbon fiber interior
and much more! Look closely at the pics and you'll see more and more details that makes this a premiere
Dark Horse build.
This 1969 Mach 1 was originally slated to be built 4/23/1969 as an early production 1970 Shelby GT500
as a ONE of only SEVEN, 69' Mach 1 Luxury versions ever produced in Indian Fire metallic and Full Deluxe
chassis at the San Jose Ford Plant but was special ordered and retained at the manufacturer to be completed
Interior Package, including factory Equipped Shelby Roll Bar.