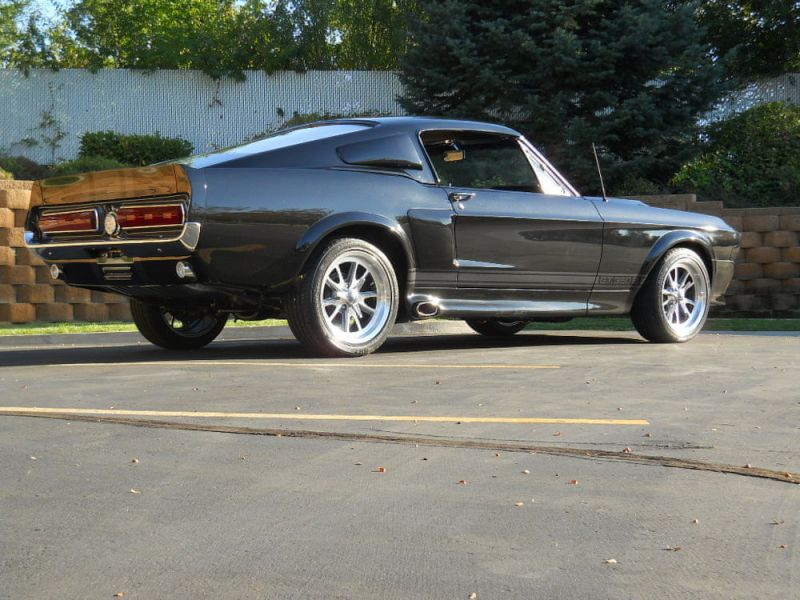 If you have more questions or want more details please email : catarinacssangh@ukboss.com .

1967 Eleanor Mustang Convertible With A Removable Fastback Roof
OVER 140 PICTURES BELOW!
This is a beautiful example of 1967 Mustang Convertible that was completely restored last month. The restoration
was a complete and comprehensive nut and bolt restoration. No money spared as only top shelf materials were used
and applied. The Eleanor Convertible drives great, looks great, and the attention it gets is extreme!
No Disappointments: This Mustang is a great investment and a fun car to drive and enjoy. From the engine
compartment to the trunk and everywhere in between, this is a clean car.
The following will be a description of each area of the car, being as in-depth and accurate as possible.
Solid 1967 Mustang Eleanor Convertible
BODY:
As you can see from the photos, this 1967 Mustang Convertible has a very nice body. The car was professionally
painted and restored with Ghost Grey stripes over black body. The underside is very solid, with great frame
rails, strong torque boxes and undercarriage. The panels on this car show a nice fit and are straight. The
Eleanor Kit body lines are fantastic as seen in the pictures.
INTERIOR:
The interior is also professionally restored. All the electric components work as they should. All of the new
soft trim is new and restored. The Interior looks and feels excellent including:
Seat Upholstery
Carpet
Dash Pad
Deluxe Door Panels
Console
Stereo
Cold A/C
Dual Shelby Gauge Pod
Back Up Camera
Convertible Top
ENGINE / MECHANICS