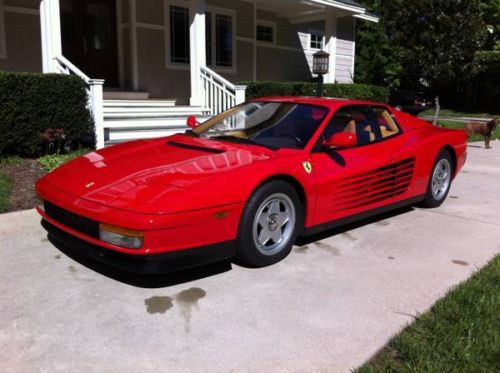 What a year it's been for enthusiasts who love high-performance, higher-dollar automobiles. The past twelve months or so have been consumed with the three horsemonsters of today's hybrid hypercar enlightenment: the Porsche 918 Spyder, the McLaren P1 and the Ferrari LaFerrari. Getting into just two of the three would be better than a lump of coal in one's stocking come holiday time, but for me, it'd still leave things feeling sadly incomplete, gnawing from within 'til the end of days.
Getting the call from Maranello, therefore, was even more fortunate and satisfying. The 918 Spyder - the only seriously green hybrid of the trio - shook me up with its sophisticated menu of technologies. The McLaren P1 remains more of a true hypercar than the Porsche, what with its e-motor designed to boost the lightweight beast to supernatural speeds above any terrestrial concerns like fuel efficiency. And now it's time for the Italian with the funny name, LaFerrari. No mistake about it: I've been waiting all year for this car a little more than I've been waiting for the other two.
This run of hypercars built up over the year like a famous three-part opera: The enthralling start of the drama sitting in the Porsche 918, tear-assing the heavier green dart around a track in Spain; then on to the UK with the lightness and quick heart of the biturbo V8 in McLaren's track-inspired P1, and it was all to be topped-off at Fiorano with the LaFerrari, fit for a Wagnerian finish.

Video proof that LaFerrari has a pure electric mode

Typically, a hybrid car, with its gas engine and an electric motor/battery pack is able to run on both forms of propulsion independently of each other. That means you can sip gas, run on pure electricity or some variation there of. The Ferrari LaFerrari is not like other hybrids.
See, the successor to the Enzo has batteries, an electric motor and a great, thumping V12 engine, but unlike its rivals from McLaren and Porsche, it has no standalone electric mode. That's been Ferrari's party line since day one. But have the Italians been exaggerating a bit? Judging by this video, it seems like a real possibility.
The video comes from what we're guessing is a European track day. It shows a black LaFerrari stealthily sailing through a tunnel on pure electric power, which it shouldn't be able to do, before its 789-horsepower V12 fires to life.