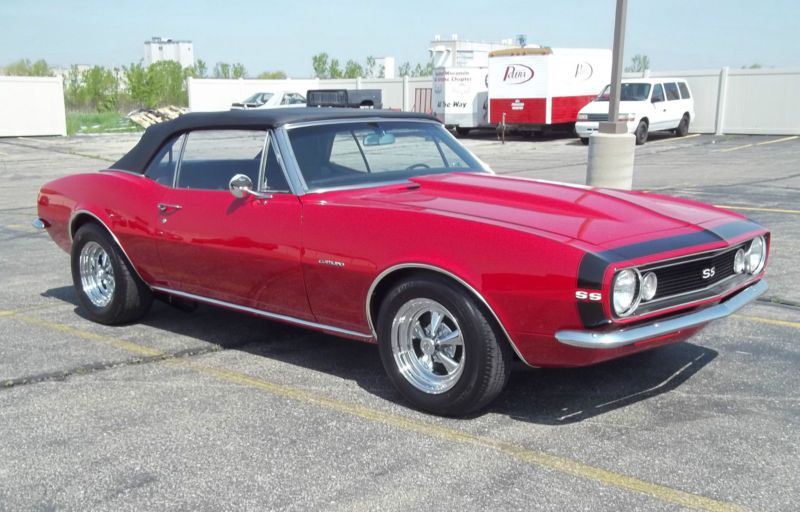 If you have questions email email me at: jenijppobanz@swappers.net .

Up for sale is a beautiful 1967 Chevrolet Camaro Convertible. It is not an SS but has the badges on for it. This
car is a frame up restoration and is extremely nice. It has a brand new 383 with aluminum heads, 100 miles on it.
it has a Borg Warner T10 4 speed transmission and a brand new ford 9" rear end with 3.73 gears. Disks brakes all
the way around and every piece of the front end is new. There is not a single spec of rust and the frame is
perfect. The top and tires are also brand new. The only thing that does not work are the wipers but they do come
with the car. The interior is brand new and absolutely immaculate.
If you are looking for an awesome looking car that you can drive any where then this is for you!