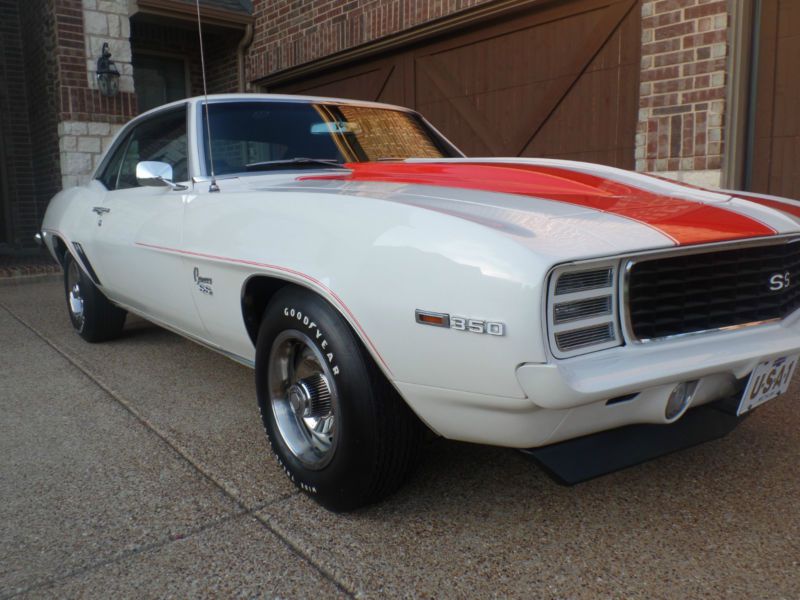 More infos regarding my car at: giannabideaux@juno.com .

Body off restored in the mid 1990's with many NOS parts, driven very little
over the years. The car is show quality with every piece restored
and functional to include the cowl hood and hide away headlamps. Runs and drives outstanding, just had the
Rochester carb professionally rebuilt by Vintage Musclecars in Ohio. This Z10 is loaded with options to include
Fold Down Rear Seat, Rear Window Defroster, Console/Gauge Package, Spoilers, Endura Front Bumper, RS package, SS
package, Cowl Hood, AM/FM Radio, Special Z10 strips, Power Steering, Tilt Wheel, Sport Steering Wheel, Posi
Traction, 4 Speed transmission, Auxiliary Lighting. The show board in the pictures is included with the sale of the
car. The body fit is outstanding to include the paint. Note one small ding in the drivers side front fender, shown
in pictures. This could be easily be removed by a dent less professional, only can be seen in the right light. The
engine bay is stock to include the smog system. Interior is outstanding with tons of options. Trunk is show quality
to include the correct bias ply spare and restored jack assembly.