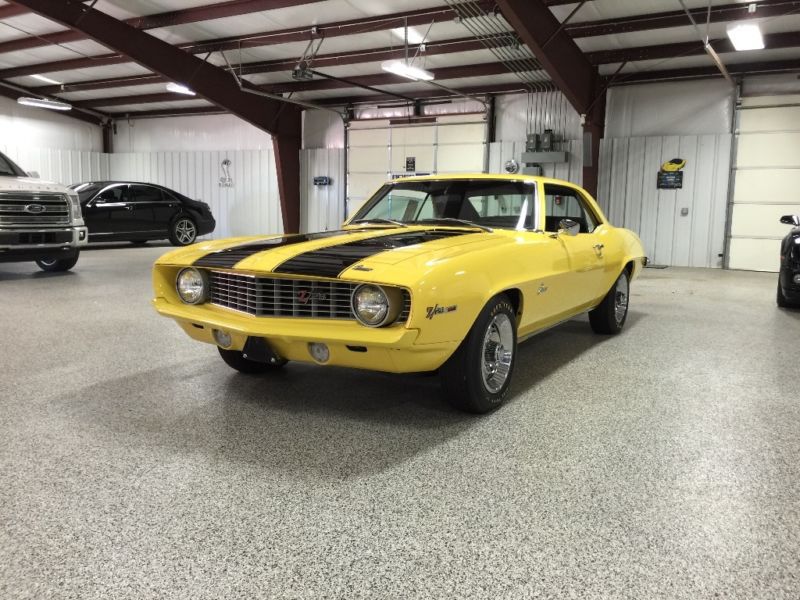 1969 Chevrolet Camaro Z/28. Fully restored to as new showroom condition. Rotisserie restored several years ago,
this Z/28 has been stored in a climate controlled environment since. Little to no use since restoration, this Z/28
shows like new. Restored to exacting factory specifications, including the Endura Bumper and rear fold down seat.
Finished in its factory correct Daytona Yellow paint with Standard Black interior. Fully documented and numbers
matching 302/290hp DZ and extremely rare M22 4 speed transmission. You will not find a better Z28 for the money,
period!