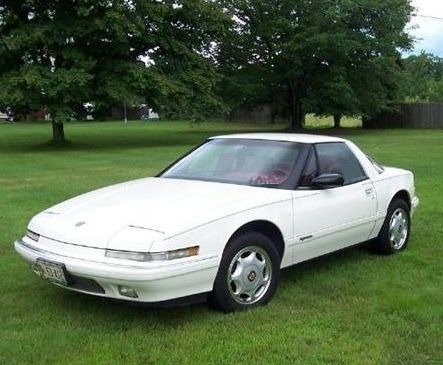 The 1991 Reatta coupes are getting very hard to find; here is your chance to own one at a reasonable price! 1991 was the last year the Buick Reatta was manufactured, with only 1554 being produced. The 1991 Reatta featured many improvements over earlier versions, including more horsepower and improved anti-lock brakes. My 1991 Reatta coupe is Serial Number 1000. In addition, 1991 was the only year that the Flame Red (Corvette Red) interior was offered, with only 14 ever sold. This Reatta is one of those 14. I am the fourth owner, having acquired it in September of 2008 from the previous owner in Maine and having approximately 70,358 miles on it at the time of purchase. The car currently has approximately 110,000 miles on it. I confirmed that all previous owners had kept the car garaged during winter months. As a result, the car is in good mechanical condition. The engine runs smooth and gets around 25 MPG on the open highway. Since buying the car I have replaced the water pump, all four struts, had the front brakes serviced, transmission fluid changed, and installed new parts in both headlight flip-up mechanisms. I also installed new top-of-the-line Hankook Optima tires (top rated by Consumer Reports). The interior (and trunk) is extremely clean, with some minor wear on the driver seat stitching. Equipped with 6-way power seats and AM/FM Stereo Radio (works) with Cassette Player (cassette player does not work).

The sale of this classic car will include the original Flame Red floor mats (good condition), Service Manual, Reatta leatherette zippered portfolio containing the 1991 Reatta Operating Manual, Reatta tire pressure gauge, Reatta pen & pad, Reatta penlight, and service records. Also included is the full line, 1991 Buick color catalog (88 pages) with the Reatta featured on pages 18 through 25. All of these materials are in a plastic bag emblazoned with the Reatta logo. I'm selling the car because we will be moving soon and I will not have storage space available at the new locatio