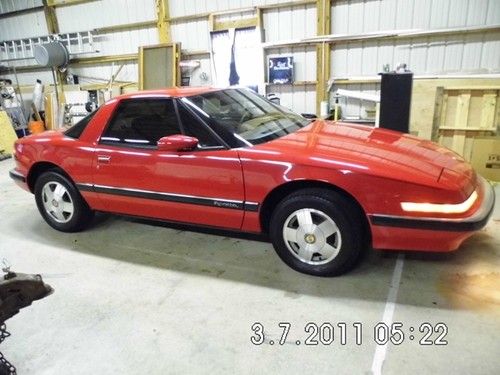 Here's your chance to own a beautiful 1990 Buick Reatta. She has about 84,625 miles on her, she's been garage kept since '93, I don't know about before that cause she wasn't in the family until then, and she's never had a dent in her. The tires are like new, they were bought in '09, but she's a collector's item so I rarely drive her. She has a new paint job, professionally tented windows, Climate Control, Tilt Wheel, Power Leather Seats, ABS, PS, PB, PW, PDL, Cruse, and an AM, FM, CD radio, ( I still have the original AM, FM, Cassette if you want it ). My Father bought her in '93, he was a professional mechanic, I got her in '08, and I've been a shade tree mechanic all my life, so she's been treated like a queen since '93. She has never leaked any fluids, doesn't use any oil, and runs and drives like new. She gets 20 MPG on the highway. She looks and handles like the sports car she is, but she rides like a Buick.
Call Shane at 502-554-2821