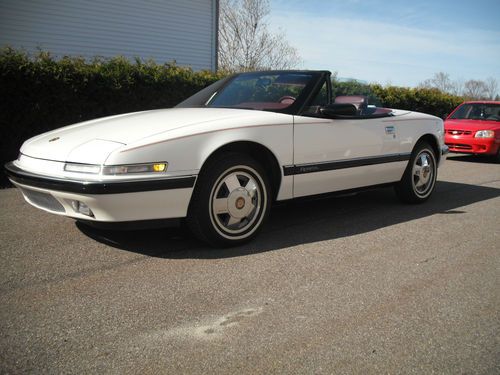 This car was never winter driven and rarely Under rain,garage kept all the time,all original painr except Hood and light covers that was repainted because of paint chips,also the stripes have been redone cause they faded due to buffing.The interior looks almost like new,no rips.Everything is working just fine,the intake gaskets have been done a couple years ago.brake o"il,anti freeze,tranny fluide also.I am the second owner and had it for 4 years now and it rides fantastic,idle just great.the paint has a very nice shine,the car has NO RUST at all.What more can i say.It also has 4 new tires,new brakes at 4 wheels,new brake accumulator.Its ready to drive anywhere.