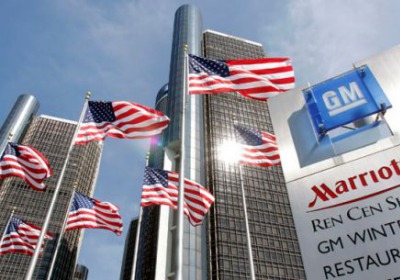 One of the things that dogs the full comeback of General Motors is the instability of its marketing. That part of the automaker got yet another big shakeup today when GM confirmed what I have been tweeting for a few days – strong rumors that the Chevrolet and Cadillac ad accounts are walking to new ad agencies.

Cadillac, GM's luxury brand, is going into review from Fallon Worldwide, Minneapolis and the indications are that Campbell-Ewald, Chevy's old ad shop, will end up with most or all of it. C-E just announced that it was moving from its long-time home in Warren, MI to a new downtown Detroit office next to Ford Field, just blocks from GM.

The other shoe to drop shortly will be the shift of GM's most important brand, Chevy, from Goodby, Silverstein & Partners of San Francisco to McCann-Erickson of Troy, MI. McCann used to be the agency for Buick and GMC, as well as GM's corporate advertising, and has retained some pieces of business over the last few years. Sources have even told us that it was McCann that did a lot of the creative work on Chevy's new ad platform, Find New Roads. (Not to be confused with a former McCann tagline for Saab, "Find Your Own Road.")

The ad shifts are the work of new chief marketing officer Alan Batey, who took over for the ousted Joel Ewanick last year. Ewanick had assigned Chevy and Cadillac ad businesses to Goodby and Fallon respectively when he arrived at GM in 2010.

Batey is taking GM's brands back to the future with the automaker's old ad agencies.

Ewanick, who was dismissed last year following irregularities in a $559 million deal with British Soccer club Manchester United, shook Detroit's ad community to its bones by canning Campbell-Ewald who had held the Chevy business since Warren G. Harding was in the White House. And the Cadillac business had been awarded to New York agency BBH just months before his arrival. Now Batey is taking GM's brands back to the future with the automaker's old ad agencies.

Advertising is a cold business as anyone who has watched AMC's Mad Men can attest. Just two weeks ago, sources told us that Cadillac's global chief Robert Ferguson, who was previously GM's lead lobbyist in Washington DC, was in Minneapolis telling Fallon's troops that the agency was "untouchable." It was the fatal vote of confidence every ad agency executive should know spells the end.

Will this help GM? Shaking up advertising again? Here's a quick status report on all of GM's brands.

The ATS has been well-received by the media and customers. The all-new XTS is dying on dealer lots. The flagship sedan, which replaced the DTS and STS, has an interior control system, CUE, that Cadillac's older customers are not embracing and dealers are not happy with. The CTS is aging, but a redesign is just around the bend. The SRX crossover holds its own in a fiercely contested category. Escalade remains a brand unto itself, but its base of business is shrinking as sales were down 11 percent last year. A new one is in the wings.

Chevrolet sales were up 4.3 percent last year and new models like the Cruze and Sonic are solid winners. The Spark is difficult to get excited about in the mini-car category. The Malibu has proven to be a debacle. What should be a clear winner for GM has turned out to be an emergency in need of a solution. The car is languishing on dealer lots and has been given yawns by the media and customers. The new Silverado will juice sales as it always does. The new Corvette has been a sensation and will hopefully pull new eyeballs into Chevy dealership this year when it goes on sale, as well as max out the Kentucky factory's capacity.

Advertising stays at Leo Burnett in Chicago. GMC's Professional Grade brand positioning remains rock steady and effective. Buick is still a project with uneven results. The Enclave remains a solid winner. The LaCrosse is due for a redesign, and is in a tough price category. One is coming in mere weeks, but it's unclear whether it will go deep enough. The new Verano is strong, but has caused Regal sales to utterly tank. That's a product planning foul-up. The new Encore crossover has been well received, but competes in a brutally tough category of compact crossovers, is priced high and may be too small for many buyers – it's too early to call the ball on this model.

Buick is still a project with uneven results.

Consistency is often undervalued in the auto business. GM executives have long struggled to understand the weakness in frequent name changes to models and shifts in brand strategy. It's worth noting that Toyota has had the same ad agency in the US, Saatchi and Saatchi, since the 1970s. And the company is on the seventh generation of the Camry without a name change.