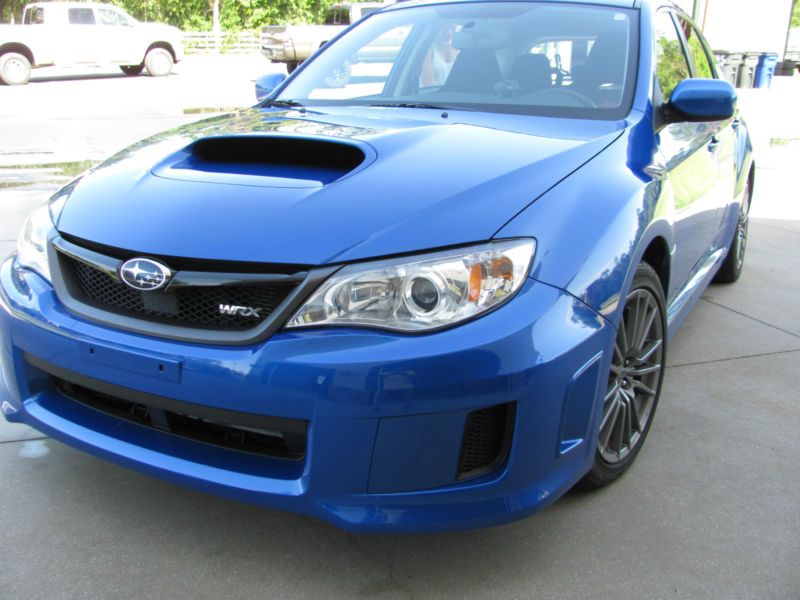 2014 WRX WRBlue Pearl vehicle has STI short throw shift
No pets, never ate or drank in, all wheel
drive. Purchased vehicle brand new, one owner, never been in any accidents.
There are a very few small rock chips from normal driving conditions other than
that it is a very well taken care of and loved WRX that has always been garage
kept. Services have always been performed by the dealer it was purchased from.
Non smoker no joker absolutely no modifications have been done to exhaust or
engine, intake or ect....

Earlier this week, we got all hot and bothered over a set of spy photos showing the next-generation Subaru WRX STI testing at the Nürburgring. And while pretty still shots of a camouflaged car are always nice to look at, stirring up lots of speculation, having video is even better. Good thing, then, that our trusty spies were on hand to get some rolling footage of that STI as it lapped the infamous German track.
Now, as a good majority of the comments on our previous post will point out, it looks like Subaru has dumbed down the design of that decidedly hot WRX Concept from New York for the road-going car. Of course, we need to wait until all that swirly paper is pulled off the body, but from what we can see here, it looks like this new 'Rex will be more akin to the current Impreza than we were originally led to believe.
So while we wait and hope that what's under the camouflage will be something sexy, have a look at the video below to watch the WRX STI prototype get worked out on the 'Ring.