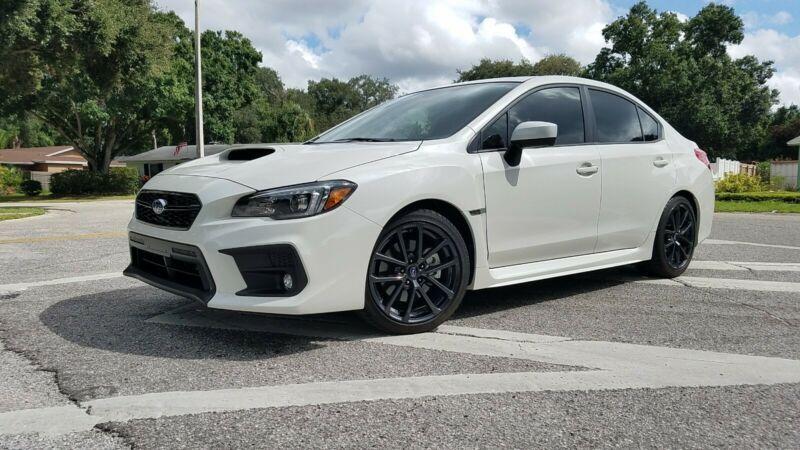 Subaru Levorg Concept has us dreaming about a WRX wagon

We're not sure what got in the water supply of Subaru's Tokyo Motor Show team, but we like the results. After checking out the Cross Sport Design Concept, which we would love to see as a BRZ shooting brake, Subaru took the wraps off its Levorg Concept. Naming convention aside, the idea of a sport-tuned wagon with a boxer engine is music to our ears.
The design language fits in with recent Subaru products, and the Levorg's face is very similar to the 2015 WRX that was just unveiled across the Pacific Ocean at the LA Auto Show. In terms of its size, though, this concept is roughly the same as the current Outback, only it sits about five inches lower. Power comes from either of a pair of boxer engines: a fuel-efficient 1.6-liter or a 296-horsepower, 2.0-liter. Both engines would be paired to Subaru's Symmetrical all-wheel-drive system.
Subaru says that the Levorg is a thinly veiled version of the production sports tourer that will go on sale (likely in Japan and/or Europe) next spring. Could this mean we could soon see a sporty Legacy wagon in the US? We can only hope. More details about the Levorg are posted in the press release found below.