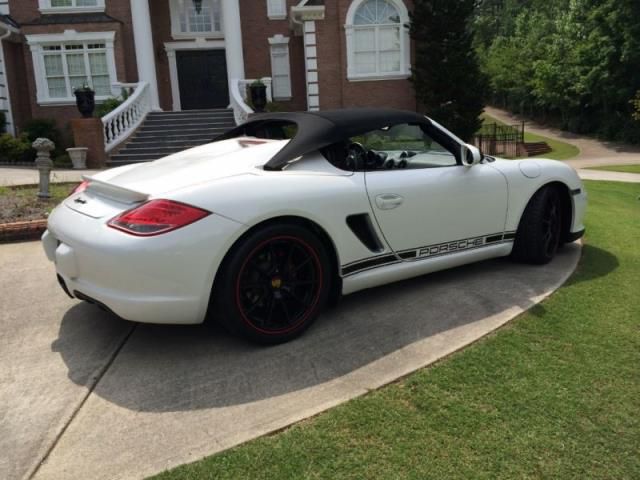 The tire and brakes are like new. Options are: Self Dimming Mirrors and rain sensing wipers Bi-Xenons Leather Sport seats Heated seats Wheel Caps w/ colored crest Sound Package Plus Fire Extinguisher Auto Climate Control Cup Holder Bluetooth Sport Chrono Package w/out PCM Universal Audio Interface Alcantara Interior package Storage lid in alcantara w/ Porsche logo Additionally, he added some black Techart trim pieces on side view mirrors, clear bra and had wheels professionally painted black w/ red rim line, looks great and complements the seat belts and brake calipers. The Techart pieces can be easily removed and taken back to stock if desired. He has clean title on the car, clean carfax .Car has always been garaged and is one owner. He has all the keys, window stickers, books and service info.