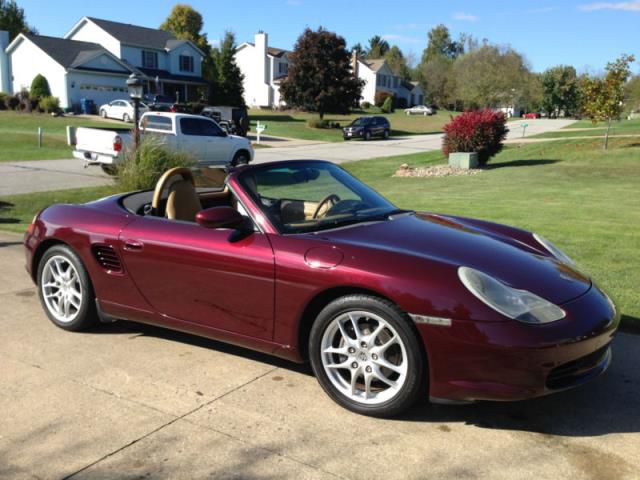 I'm selling my very nice 2004 Porsche Boxster. Manual transmission, five speed. Carmen red metallic paint, Carmel leather interior. Power roof, CD player, air conditioning, power windows, power locks, keyless entry, alarm system with motion sensor, Newer formats, Porsche car cover. Everything in good working order. This car needs nothing. I bought this car four years ago and only put 8,000 miles on it, hence the reason I'm selling it. It has never been driven in the winter and only twice in the rain. This car is a real gem and has required very little aside from oil changes. I had a full inpection done at a Porsche dealer before buying it in 2010. The color is a beautiful deep metallic red that changes in direct sunlight.