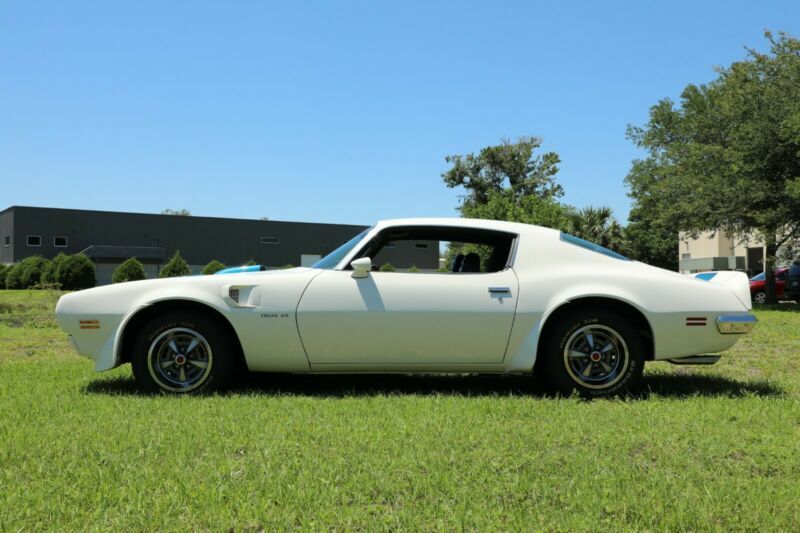 This 1972 Pontiac Firebird Trans Am is a factory HO model powered by a 455ci V8 paired with an automatic
transmission. The car has been repainted in the original Cameo White with blue graphics, and it features a black
vinyl interior. Equipment includes alloy wheels, a center console, air conditioning, an AM/FM radio, and tilt
steering.
The cabin is trimmed in black vinyl with matching carpets and interior plastics. Optional equipment includes a
center console, an electric rear-window defroster, an AM/FM Delco radio, and a tilting steering column. This is an
original AC car but currently missing the compressor.

Instrumentation is housed in a turned-aluminum dash fascia panel and includes a 160-mph speedometer and an 8k-rpm
tachometer with an integrated clock.

The numbers-matching 455ci High Output V8 was rated at 300 horsepower and 415 lb-ft of torque when new. Power is
sent rearward via a three-speed automatic transmission. The body-colored hood scoop features a functional induction
flap that actuates in response to large throttle openings.