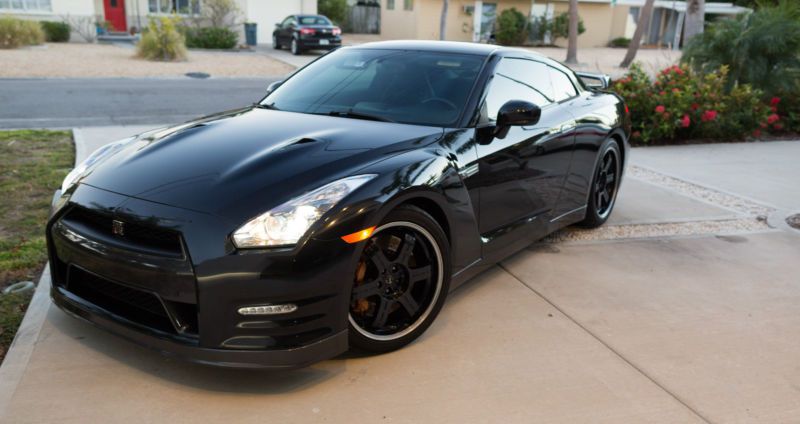 Please message me with questions at: irisiddeasy@ukcentre.com .

I'm selling my GT-R Black Edition, the price includes enclosed transport to any address in the continental US (aka
the "lower 48 states").  I am the only owner.  It's a 2012 model purchased new from Team Nissan of Marietta,
GA and properly broken in via the drive home to Florida.  Unlike most GT-R's, it has never been modified or raced.
It has had no accidents or maintenance issues, it's been maintained by a local Nissan dealer, kept garaged and
detailed, and includes all the original paperwork including window sticker.  I'm simply selling it because I never
have time to drive it, hence, the 11,000 miles I've put on in five years, most of which are from a 100 highway mile
round trip to work on days I drive it.  The tires are in fairly good shape; picture included.  I won't bore you
with any facts or figures about the GT-R; you already know them if you're looking to buy one.  Title is free and
clear.