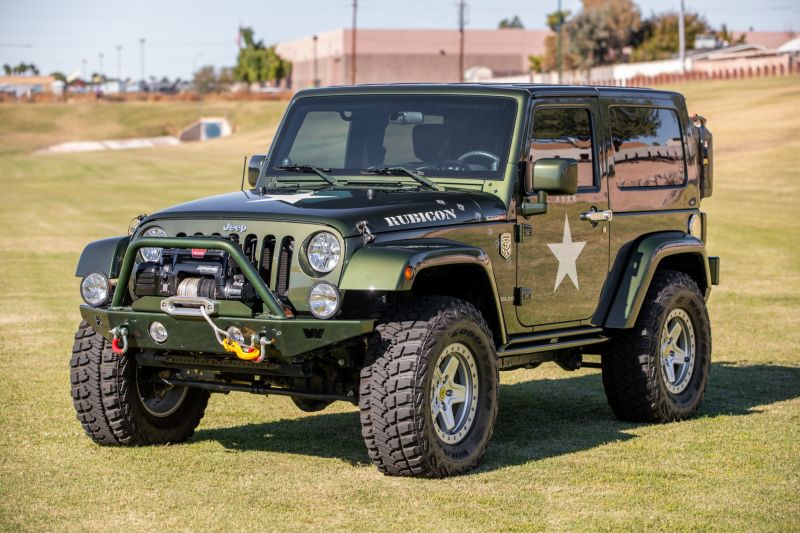 This 2007 Jeep Wrangler Rubicon is a model that was modified by Cop4X4 when new with a 6.1-liter Hemi V8, an Ai ROCK suspension, a Warn front bumper and winch, body decals, and a rear tire carrier with jerry cans. It is finished in army green with body-color wheel arches and a removable hardtop over a black leather interior.