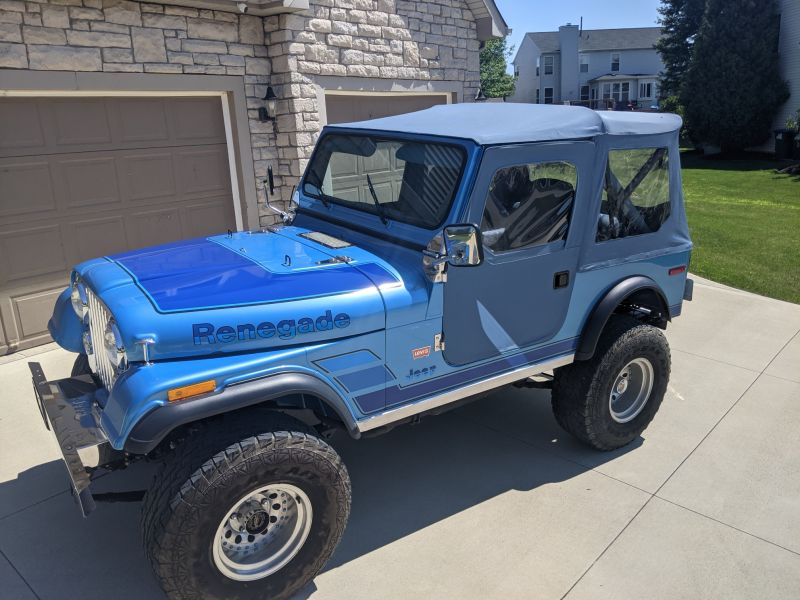 No call please. e-Mail : RickJosh@post.com A nice 1978 Jeep CJ-7 up for sale, finished in blue over a matching interior and is powered by a 304ci V8 mated with a T4 four-speed manual transmission and a dual-range transfer case. subsequent work included installing a remanufactured engine, overhauling the suspension and brakes, and replacing the wiring harness, transfer case, and steering box. Equipment includes a blue padded roll bar and matching Bestop soft top, Renegade and Levis graphics, aftermarket 15" wheels, and an aftermarket stereo system.