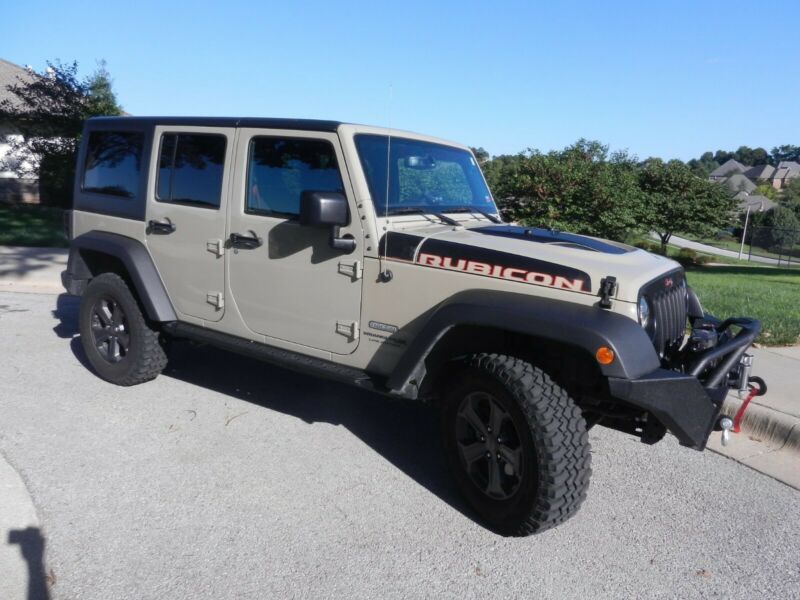 This is my 2018 (mid-year) JK Unlimited Rubicon RECON, the pinnacle of the Jeep models, top of the top of the line.
Long list of features not found on standard Wranglers or Rubicons. Heavy duty everything. Too many features to
mention here (please review on line). Climbs like a cat. Offered with hardtop (black).
Upgraded front bumper with new 9K Smitty winch. History: Purchased when practically brand new (about 4K miles) with
hit on the tip end of the front bumper (driver side). Relatively minor damage (NO airbags deployed) should have
been a minor deal but frame horns bent so replaced with new frame - (no frame straightening). Misc damaged parts
replaced with new. Fabulous vehicle.