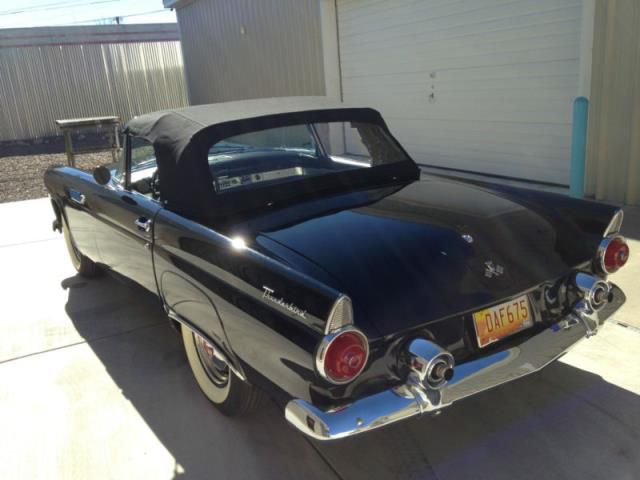 Beautiful 1955 Thunderbird with power seat, windows, brakes and steering, along with automatic transmission. Excellent chrome/stainless. Original wire wheel covers and fender skirts go with car, along with numerous new parts that were purchased for car but were just not needed, such as new brake shoes, brake cylinders, wheel bearings, brake rubber lines, etc., along with '56 battery tray and expensive reproduction '56 battery