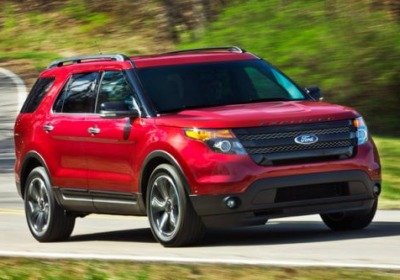 Ford is recalling certain 2012 Taurus, 2013 Explorer and 2012 Lincoln MKS models over fuel tank concerns. According to the National Highway Traffic Safety Administration, vehicles built between July 19, 2011 and March 15, 2012 may have been built with fuel tanks that have a "marginally sealed seam" on the side. Those seams may not provide the strength necessary to protect the tank from rupture during a collision. They may also leak. The recall covers a total of 3,037 vehicles. NHTSA says that leaked fuel, in the presence of an ignition source, could easily cause a fire.

Dealers will inspect the tanks and replace them as need be free of charge. Owners can expect to be notified once the campaign begins on or around April 22, 2013. You can read the full NHTSA recall notice below for more information.

REMEDY:
Ford will notify owners, and dealers will inspect the fuel tanks and replace them as necessary, free of charge. The recall is expected to begin April 22, 2013. Ford's recall campaign number is 13S03. Owners may contact Ford Motor Company Customer Relationship Center at 1-866-436-7332.