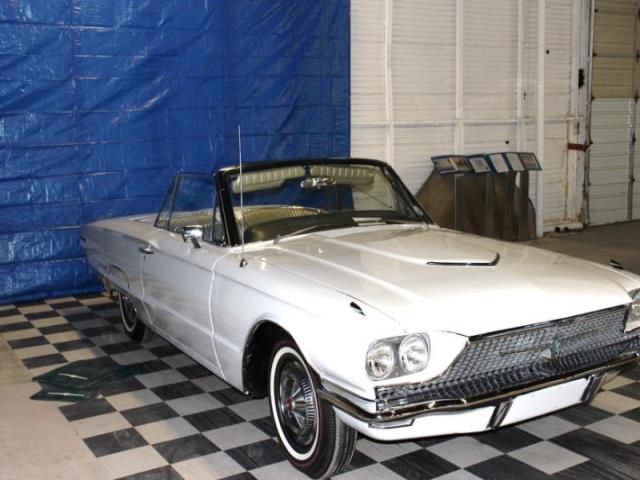 DESCRIPTION I purchased this car in 2006 and began the restoration; This Oxford White with Ivy Gold interior 1966 Thunderbird convertible is equipped with the 390 FE block modified with a 410 CI engine kit. This engine also has cobra jet valves and a mild cam. Estimated 330 hp plus.