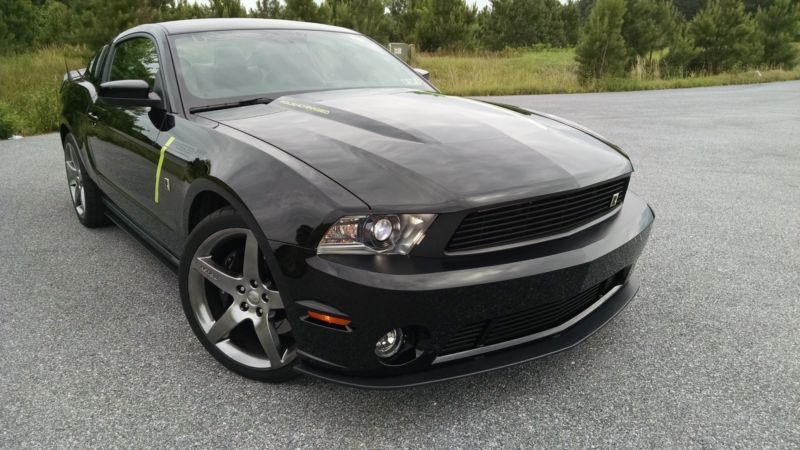 2012 Roush Stage 3 Hyper Series "Gas it Green" number 01 of only 25 ever
produced.
This series featured 100 Mustangs total, 25 in each of the four Hyper Series
color schemes. This vehicle was the very first car produced in the Gas it Green
color scheme for the series. Badges throughout the car feature Gas it Green
color accented Stage 3 and Hyper Series logos, as well as the production number
of the car, 01 of 25 . 5.0L Powertrain System featuring the TVS 2.3L ROUSHcharger
that produces 540 horsepower and 465ft.lbs of torque. Additional ROUSH upgrades
include the 20 inch Hyper Black Wheels, performance tuned suspension,
performance brakes, Hyper Series leather seating with accent color stitching,
and a ROUSH trunk mounted tool kit.