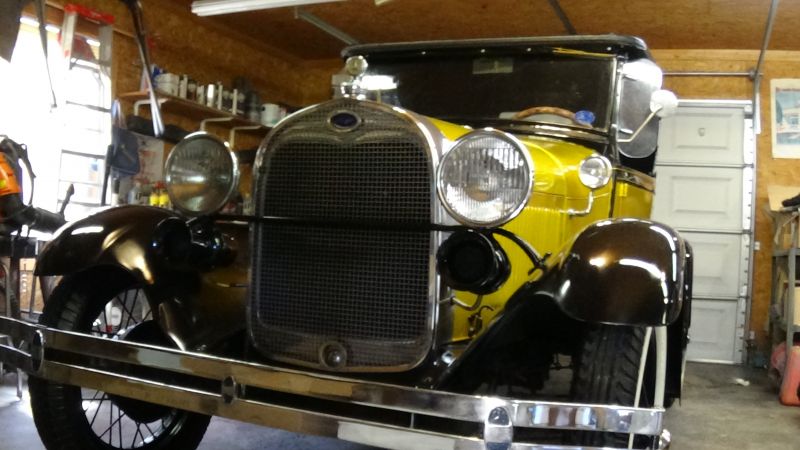 All original 28 Model A Roadster for sale! Very pristine condition and ready to be purchased and enjoyed. Comes with the original, numbers matching 4 cylinder engine that has 30,000 original miles! 2 door car, 2 wheel drive, 3-speed manual transmission, and an amazing 9 out of 10 condition.

Shell gold exterior, with a black vinyl interior. Some records and receipts have been kept for the car over the years on the restoration and parts, the car has always been well maintained, and always garage kept. It has a 6-volt battery system, newer brakes, and new tires and a new top.

Please call Rick at the phone number above to see the car, ask questions, or to make an offer. This is a very good price on this 28' so no low ball offers. Any reasonable offer will not be refused. Thanks for looking.