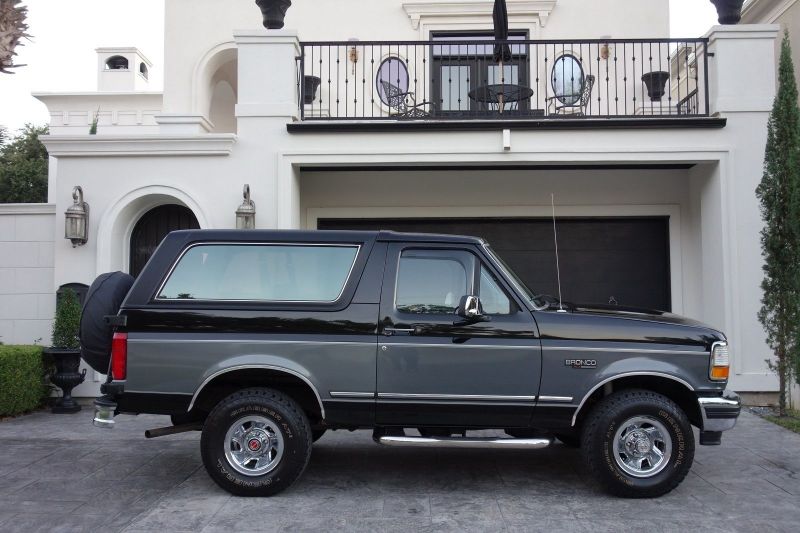 1993 Ford Bronco XLT, 4X4, ONLY 97k original miles, 5.0 V8 engine, Removable hard top, tubular side steps, CD player, Tilt, cruise control, power windows-steering-brakes-rear window-locks, Ice cold AC/Hot heat, body is extremely straight and the paint is beautiful, the interior looks perfect! This bronco will make a great first car for any young boy/girl, or will make a great every day driver for any adult! IT is hard these days to find a very clean-low mileage-and mechanically sound Bronco and this bronco is all of that!