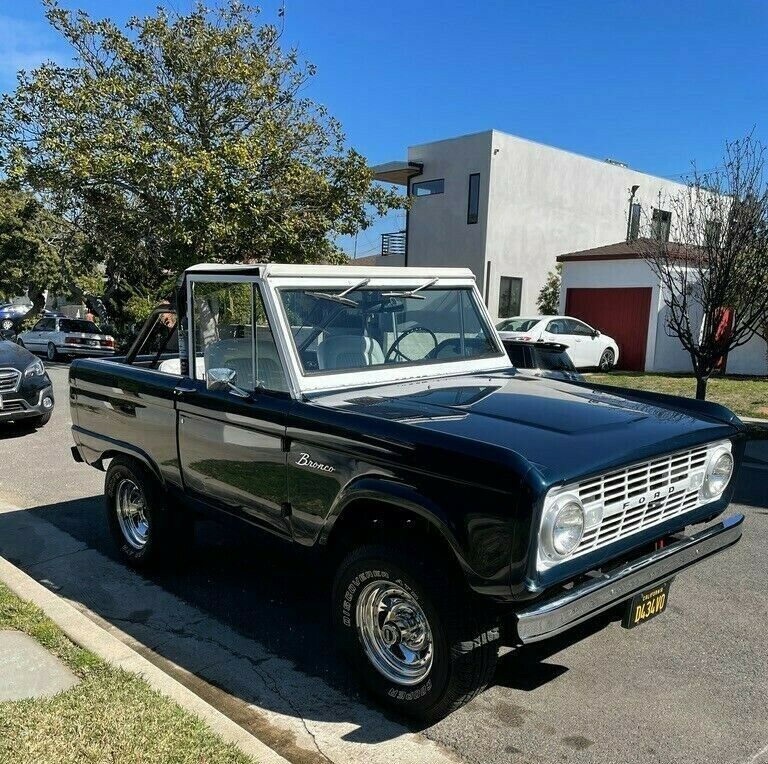 1966 Ford Bronco
U13 Roadster
U13FL760991
Build month: October 1965
Uncut
289 V8
Dana 30
Hurst 3-speed
Rear Differential 350 with small bearings
16” wheels
Power Brakes
Power Steering
Stripped and repainted in 2009 in Nightmist Blue
Had aftermarket seats when purchased. Replaced with original seats but slides are not original.
All new wiring harness installed - Spring 2020
New dashboard (’67 :/), steering wheel and knobs installed spring of 2020
Custom metal work in dash, rear rails and kick panels where speakers had previously been installed by previous
owner - Spring 2020
Ignition replaced - Spring 2020
Freshly powder coated rear seat frame - Summer 2020
Front axles sealed - June 2020
Rear axles sealed and bearings replaced - June 2020
Power steering box completely replaced - July 2020
Appears that doors are from a ’68 - driver’s side re-aligned and kick plate moved - July 2020
Hood may not be original - It does not have windshield notch.
Tuffy locking console
There is an amp under the rear bench with speakers in the dash. It is currently not operational but likely
needs to the wires reconnected.