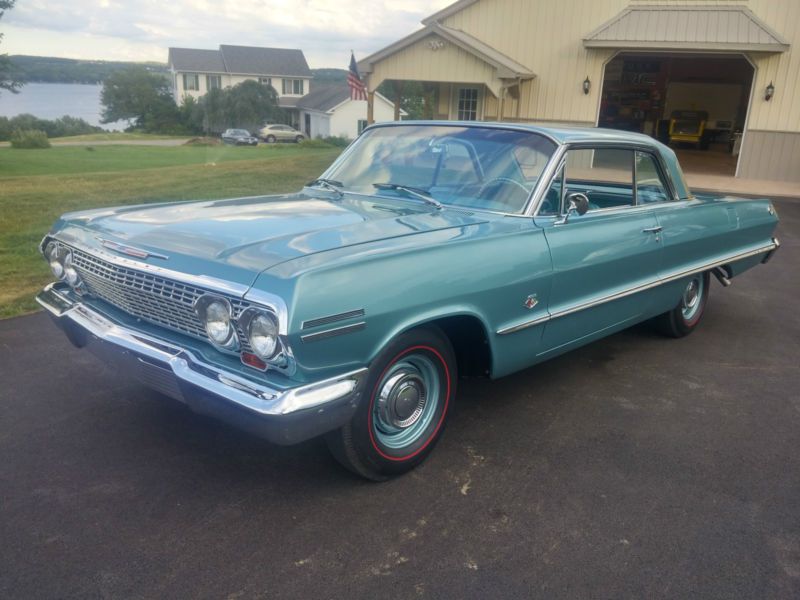 Please message me with questions at: raquel_temkin@zoho.com .

If you're looking for a very nice 1963 Impala with 409 power and a 4 speed, look no further! This vehicle is fresh
body off, frame up restoration done in Azure Aqua with matching interior. Paint on this sport coupe is very well
done and presents itself very well, as does the interior. Under the hood you will find a fresh 409/425 hp engine
with dual four barrel carburetors, mated to a Muncie M22 Rock Crusher 4-speed transmission. This car has a great
look and sound. And it has the performance to back it up!