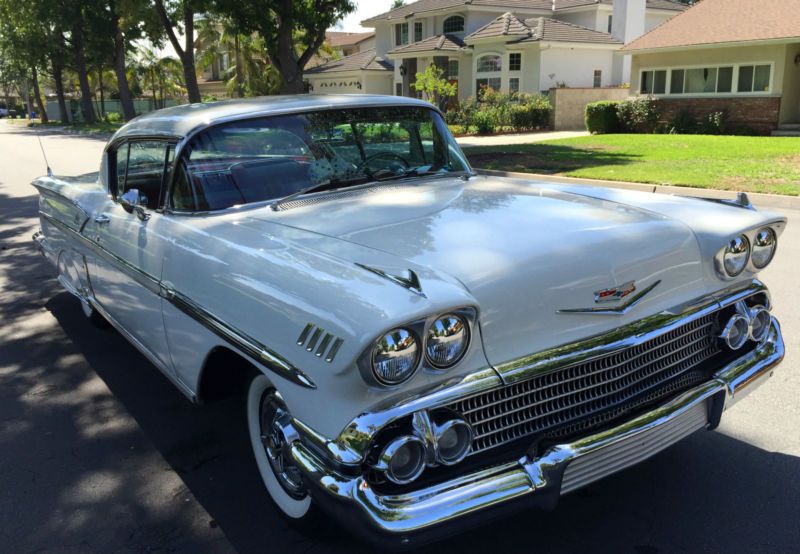 For more pictures email at: rudy.shames@zoho.com .

1958 Chevy Impala all original, frame off restoration in the early 1990's, Re-Painted & Re-Upholstered in 2005, also bumpers Re-Chromed & Continental Kit installed. Original power train 348 engine 4 bbl carburetor , and power-glide transmission were rebuilt at time of restoration, No knocks, smoke, or leaks, transmission shifts fine. Power Steering, Power Brakes, lights, turn signals work fine, all gauges also work, windows roll up & down as they should. Undercarriage looks as good as the rest of the car, all original panels and floor pans. The trunk was replaced at the time of the restoration. THIS CAR IS COMPLETELY RUST FREE. The paint is in beautiful condition with no dents or scratches.